Some people never seem to shut up about themselves. I'm one of those people. At least my blog persona won't. Anyway, we had a good show at Ivories on Friday night. My concerts are rarely reviewed, so here is a link to Travis Rogers' blog where he reviewed the performance. I like Rogers' blog because it's honest and from the heart. It's very unpretentious and to the point. Rogers' blog deals with many other philosophical subject besides music; I'll have to take some time to sift through it. But I'm always glad to get positive feedback from someone who is knowledgeable.

If you want to hear more about me and how freakin' great I am(crickets..........), check out an interview I did with jazz journalist Jason Crane. He has a great site called The Jazz Session. He has done hundreds of interviews with jazz greats. He's a cool guy and knows the music well. He's also a prolific poet. This interview was conducted back in April, before my show at the Jazz Standard in New York. It was pretty loose and candid. I felt comfortable and tried to "keep it real" as much as possible. Check it out, and then check out some of his other interviews. 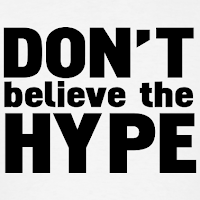 There are so many jazz blogs out there already, I'm surprised that anyone takes the time to read mine. I think most blogs are more interesting and valid than the so-called "jazz mainstream press." When you take the advertising concerns and the politics out of it, I think it ends up being more about the music than the hype. You can't listen to hype. Hype can't move you the way music does. You can't dance to hype. No married couple ever said, "Listen, honey....they're playing our HYPE!"