How Many Jazz Singers Does It Take To Change A Light Bulb? 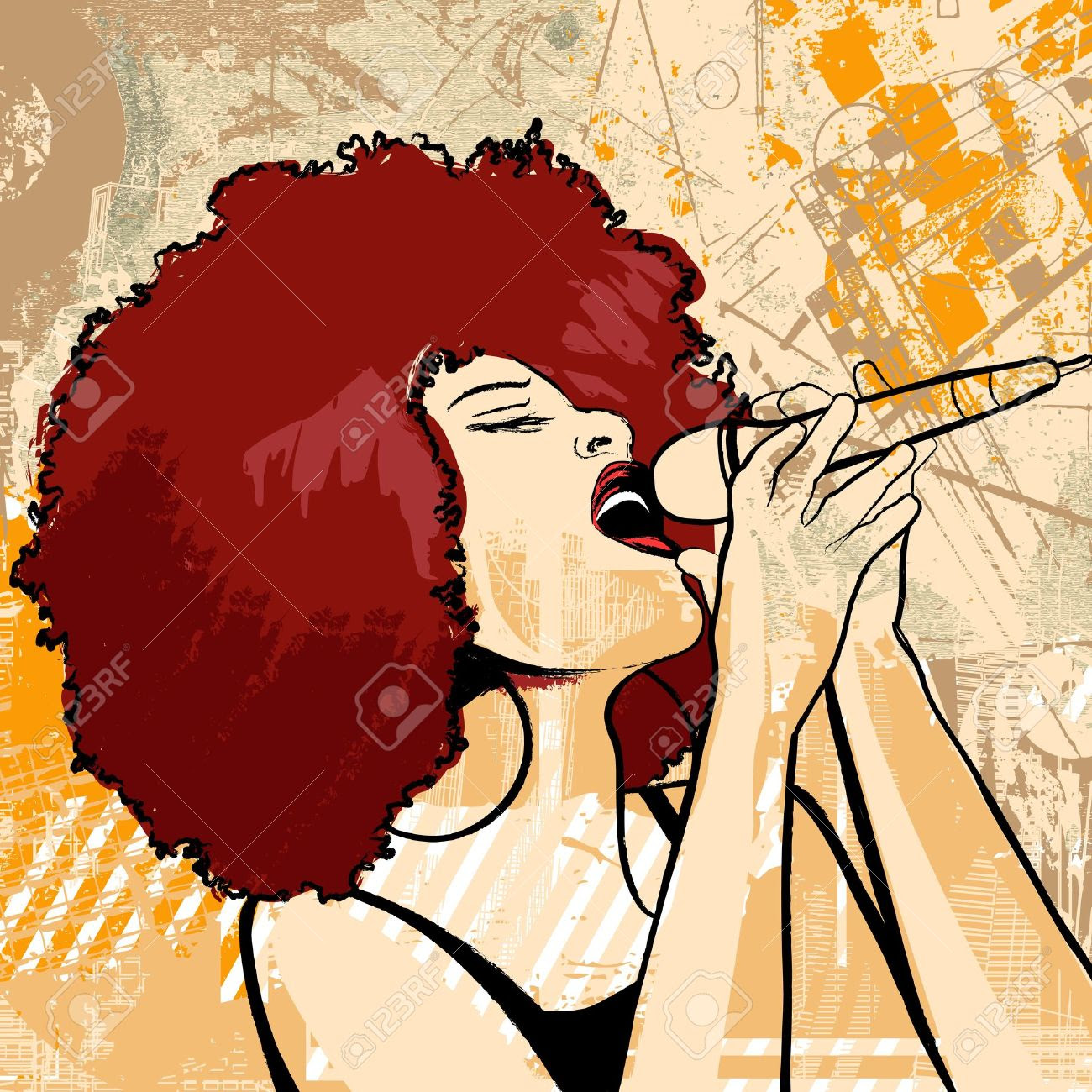 When I was starting out as a pianist in Baltimore and Washington D.C., I worked with quit a few singers. I never considered myself a " singer's pianist," however, I learned a lot just from working with so many different kinds of jazz singers. I think it's interesting that with so many jazz programs flourishing, it seems that the subtle art of accompanying singers is becoming a lost art. It's a very different endeavor compared to plowing through small group jazz; the head-20 minute solo-head concept doesn't often work with singers. Playing intros and outros, really getting a feel for rubato accompaniment, dynamics, transposing to find the key that is comfortable for different male and female vocal ranges, as well as knowing repertoire and being able to read charts are all part of the landscape. Some of it is common sense, but if singers and pianists or rhythm sections don't play together on a regular basis, they don't develop the skills to do all of these things on the fly.

I believe that becoming a good accompanist for singers will make you a better accompanist in general. You have to be selfless to a point when you accompany another musician. You make it about letting them shine rather than worrying about what you sound like. Furthermore, you making someone else sound good is really the reason they would call you for another gig; it's not necessarily that you took great solos on your own. Some singers I worked with barely gave me any solos( maybe half a chorus if that even) but that's also a challenge: how to take a great solo within a chorus or less.

Recently, I met a young lady from Armenia ( by way of New Jersey-- not sure which exit....) named Lucy Yeghiazaryan. She was in Portland for a visit and I got to hear her and I was surely impressed. We had a free afternoon and we got some videos just for a lark. She's got a marvelous instrument and really has a great feel for the jazz tradition. I try to keep my accompanist's chops up and I thought this was a good chance. I figure I should document something with Yeghiazaryan before she becomes famous!  Please enjoy the music!
No comments: 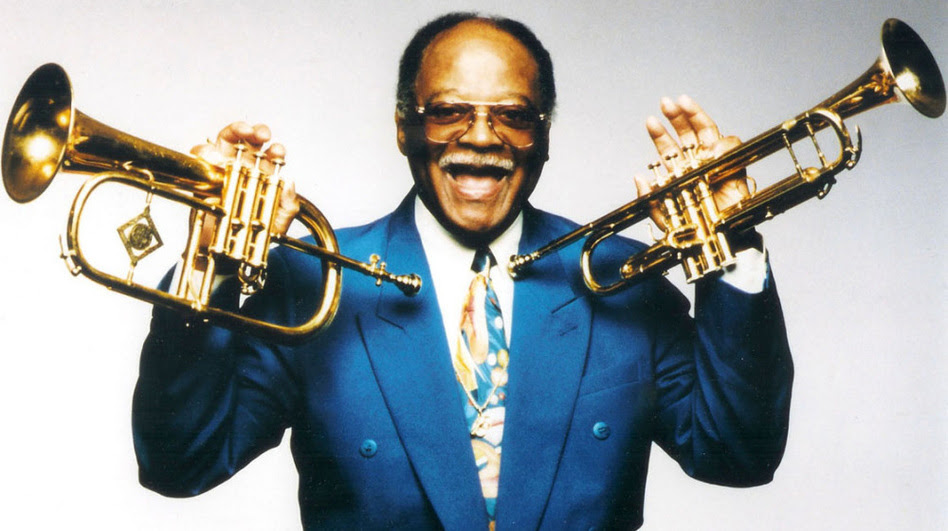 The jazz community is saddened by the loss of the great trumpeter Clark Terry. One of the first jazz trumpeters I ever heard as a middle school student, Terry has been an inspiration to so many. He's underrated in someways, but he had an extremely long career( so many trumpeters in jazz seemed to die young) and played a very physical instrument extremely well even as the rest of his body failed him. He was 94 years old! Terry played with Duke Ellington AND Count Basie, which is pretty impressive on it's own. Miles Davis looked up to him, and Terry was one of the first great flugelhorn players.He was the first African American musician to be on staff at NBC in 1960. Truly a great muscian, he also had his humorous side; if you haven't heard his "Mumbles, " you are in for a treat.

There is a recent film about Terry called " Keep On Keepin' On" which I haven't seen yet. ( I'm sure it's better than Whiplash.) I'm glad they were able to get it done before he passed. Let's remember Terry by listening to his music.

It's a few weeks to go until Spring Break, and I can feel the home stretch. I am enjoying my teaching; many of my students are really impressing me with their improvements. I'm hoping to make improvements of my own as well.  I'm determined to find time each day to practice a least a little so I can hopefully make similar strides as my students have made. I also have a number of gigs coming up, for which I would like to sound somewhat prepared. I'll get to that in a minute.

Because I've been so busy I have not been able to blog about my gigs as I have in years past, but I wanted to make brief mention of them, lest ye think I've been put out to Jazz Edumacator Pasture! During the fall I did a number of things. I booked my own tour of Europe and went to Iceland, Denmark, Sweden, and Austria. I recorded another organ trio project with tenor saxophonist Joe Manis. I was invited to perform for 4 nights at Jazz Alley in Seattle with fusion legends Lenny White, Victor Bailey, and Larry Coryell. I played a bunch of gigs with Chris Brown's Quartet and his crazy arrangements of 80's pop tunes. We did a number of Portland State recruiting performances and visits all over the state. I went to Novasibirsk, Siberia( Russia) for the
first time with Lenny White's band ( quite a long trip for ONE HOUR OF MUSIC!). I brought in two New York special guests for masterclasses and performances: alto saxophonist Jim Snidero and flautist and composer Jamie Baum. I played a bunch of gigs in Eugene; Roaring Rapids Pizza, The Jazz Station, Broadway House Concerts- the audiences were wonderful. I took a trip east to hit the newest spot in New York- Mezzrow, run by Spike Wilner who also runs Small's across the street. Then I headed down to Baltimore to play trio with Warren Wolf and Tom Baldwin at Jazzway 6004( one of my favorite places to play on the east coast!) Beating the Thanksgiving traffic back to Newark, I then flew even more east to Birmingham, U.K. to do a week long residency at the Birmingham Conservatoire. ( It's always a pleasure to teach and play here- the students are at a super high level and even 6 hours straight of combo coaching leaves me energized!) Portland wise, not only did I bring two of my groups( Theoretical Planets, the group in which I play drums, but also my quartet with Tom Guarna, Damian Erskine and Reinhard Melz, which has a new recording under Erskine's name which will be out soon.)into Jimmy Mak's after a very long hiatus, I started playing at Wine Up on Williams, which is a great help to a scene which is hurting for jazz venues at the moment. Lastly, one of my pieces entitled "Existence" was premiered by the Portland State New Music Ensemble under the direction of Ken Selden. ( I got to play some pocket trumpet on it...)


Although January 4th brought Jordan Gregory Colligan into my life, I still made time to release my Theoretical Planets recording on the Origin Label ( Risky Notion is the title) and it's available on Itunes. I also got to do two nights with the great trumpeter Randy Brecker in Bend, Oregon. I did some really nice gigs in Maryland; one was a CD release at Peabody Conservatory in Baltimore( my alma mater) with Alex Norris, Gary Thomas and Rudy Royston( I played Hammond B3), the other was a gig at Blues Alley in DC with clarinetist Todd Marcus( featuring Warren Wolf on drums and Kris Funn on bass, who really blew me away!) I also did a really nice concert at the Mennonite Church in Southeast Portland with the great tenor saxophonist Rob Scheps and Paul Gabrielson on bass.

I did want to mention first off that this coming weekend Sunday, February 22nd from 7-9), I have a gig at Corkscrew(1665 SE Bybee Ave 503.239.WINE)
in Sellwood; I'm performing as a singer songwriter. Bassist Jon Lakey will be joining me. I haven't been doing this live so much lately, although I actually have an entire album of songs in the can ready to be released. I performed all the instrumental tracks and vocal tracks and recorded it all myself. ( I need help from Adam Brock on mixing and Dana White on mastering.) Come by if you want a taste of the material!
A couple of things to which I'm really looking forward. First, my band Theoretical Planets will be at Wine Up on Williams(3037 N. Williams Ave) on March 6th at 8pm. Come by and buy a CD!
The same band will be at Christo's (1108 Broadway St Ne Salem, OR) on March 12th ( I think we start at 7). My spring break will be spent touring the midwest with the great alto and soprano saxophonist Steve Wilson; the band will feature Ugonna Okegwo on bass and Bill Stewart on drums. It should be quite amazing!

April will be busy as well. I have solo piano engagement at The Jazz Station ( 124 W. Broadway, Eugene, OR) starting at 8. This is going to act as part of a warm up for a solo piano tour that I am doing in June on the east coast. April 11th with be my CD release for "Risky Notion" and it will feature not only Theoretical Planets( Joe Manis, Nicole Glover, Jon Lakey) but also my trio with Chris Brown and Chris Higgins. This will be at Michelle's Piano's ( 600 Se Stark St, Portland, OR) and I guarantee it will be awesome.

That's all for now. I promise next blog time to have more jazz nerd stuff like patterns or CD reviews..... 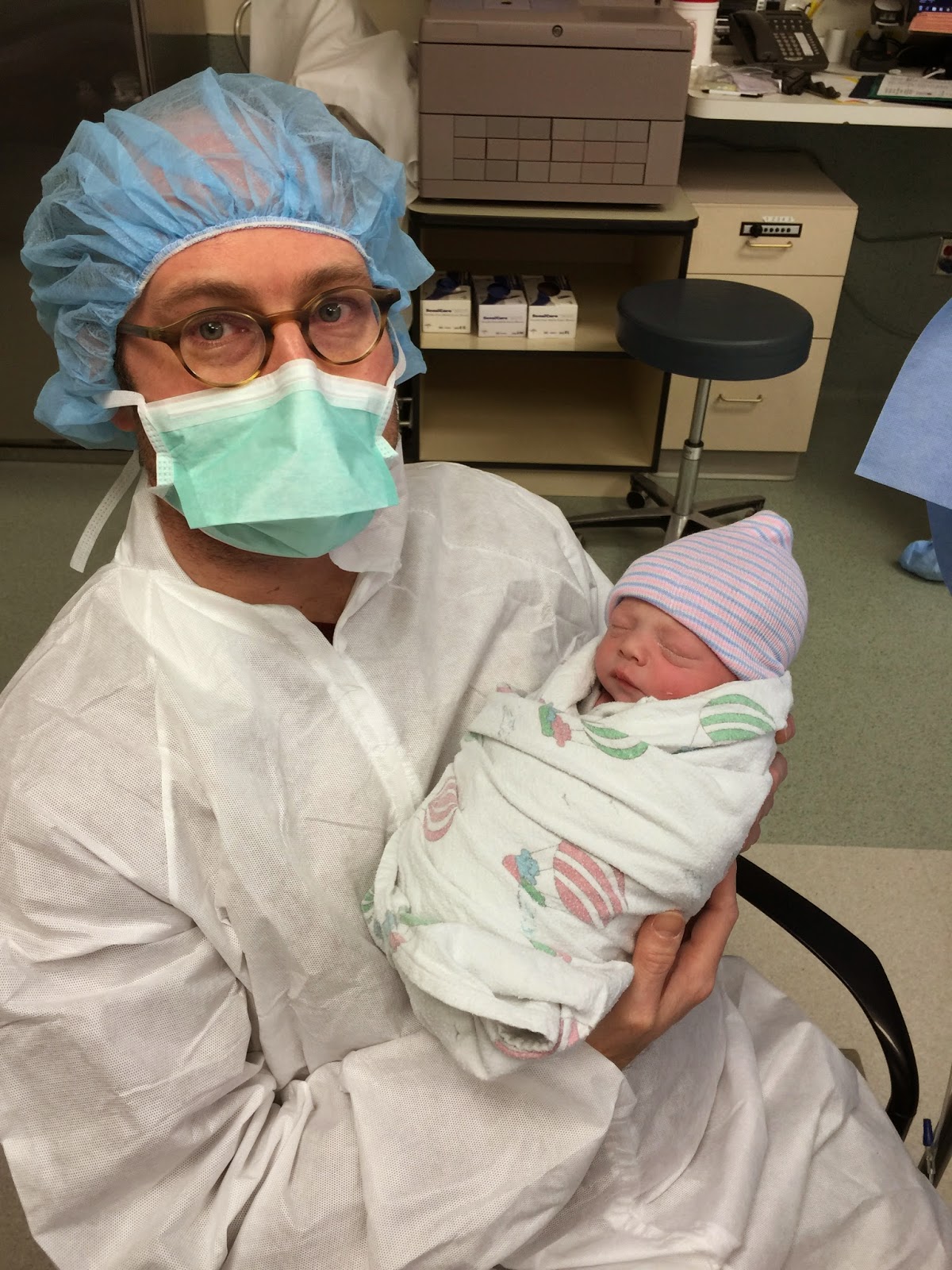 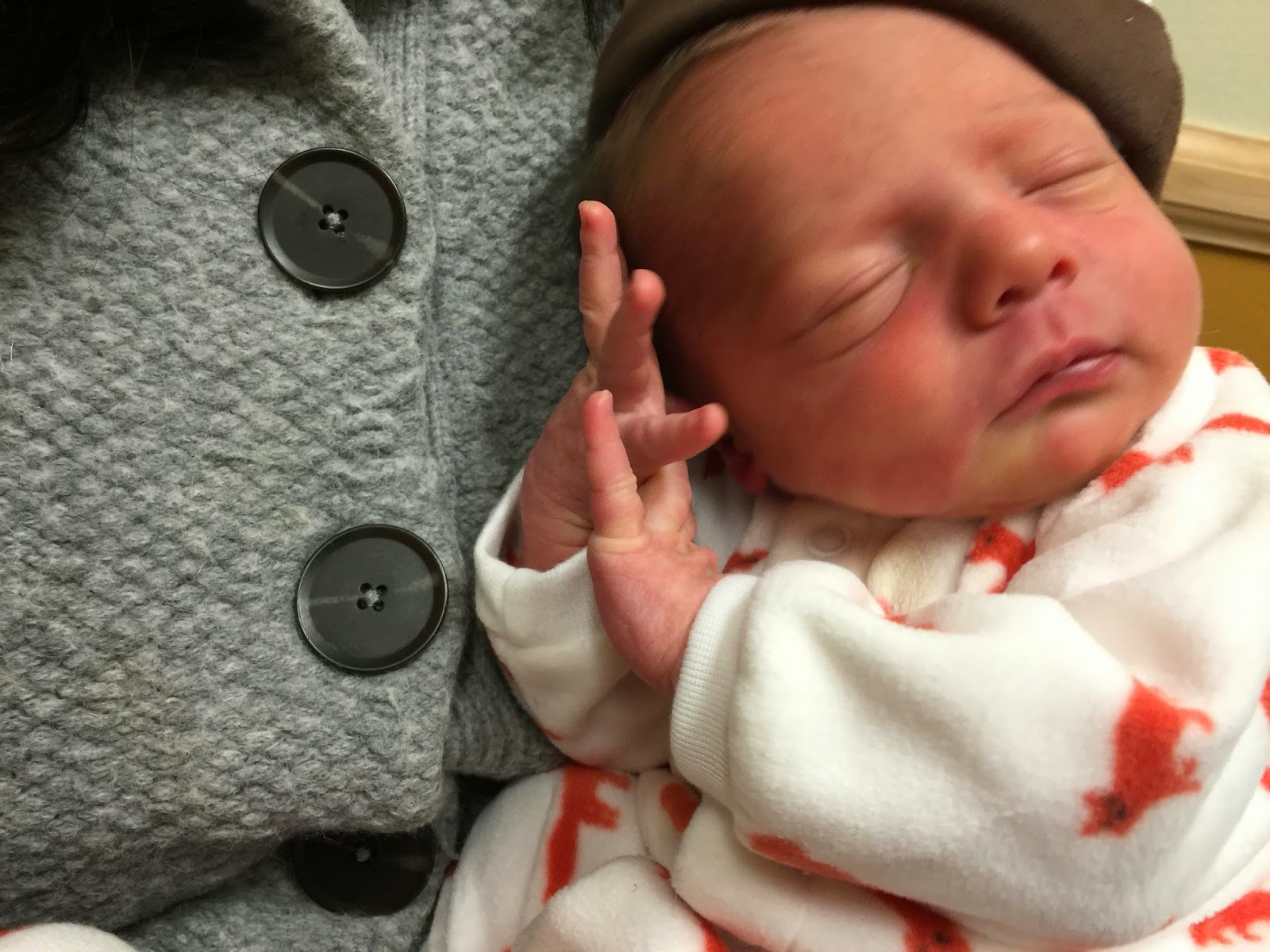 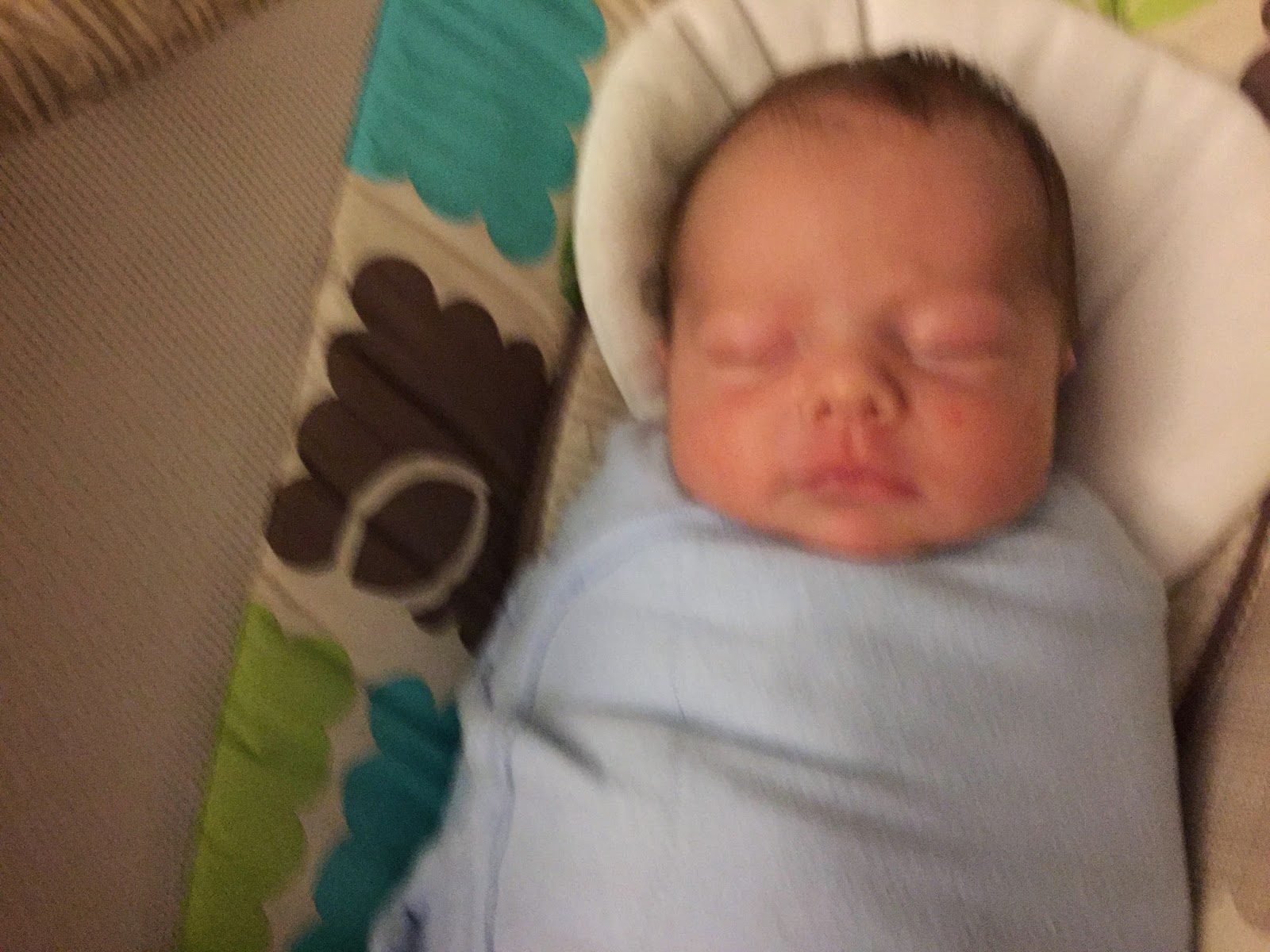