I've been fortunate to be able to travel to Japan about 16 times since 1998. I've been going about once a year since 2004, thanks to a promoter named Kohei Kawakami, whom I met through drummer Johnathan Blake. Japan is my favorite country to visit: there's amazing food everywhere, the people are incredibly polite, the culture is infinitely intriguing. I've toured Japan as a sideman a bunch of times, but Kohei has been bringing me as a bandleader with various configurations. I've brought trios and quartets and duos with vocalists. This was slated to be a duo tour again this year. I had an up-and-coming singer (who will remain nameless) booked for the tour; unfortunately, she decided to cancel. Luckily, I was able to find a formidable replacement.

Brooklyn native Debbie Deane has been performing primarily as a soul/pop singer-songwriter-pianist for many years. She has two CDs of originals, the most recent being Grove House, which was produced for Ravi Coltrane's RKM label. (Her first CD, one of my favorites, is called Hit The Rewind. Both are available on itunes, duh!) But I had heard Deane sing some jazz standards many years ago, and I knew that she always wanted to have more opportunities to sing jazz. Additionally,  I needed somebody who could learn some of my music, as well as sing some standards. Preparing for the tour, Deane put a lot of work into learning some of my songs. We also added a few of her tunes as well as some familiar standards and a few off the beaten path tunes. 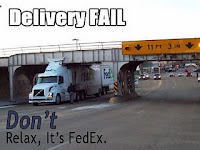 This tour met another obstacle a week before we were set to fly to Japan: I hadn't received my work visa certificate from Tokyo. Fed Ex, a company which is now filed under "MUD" in my book, lost the paperwork, due to one missing number in the address. Although my phone number was on the envelope, the Fed EX driver dumped it at a dormitory on the Portland State University campus. Miraculously, after entire day's worth of sleuthing, I found the package myself, no thanks to Fed Ex, who had logged the package as "delivered" to a different address; this seemed to resolve the matter for them, regardless of whether I had the envelope or not. (It seemed even a few years ago that Fed Ex was the company you used if it "absolutely, positively has to be there overnight...". I guess they changed their slogan to, "Hey, Jerky, you can't expect us to keep track of EVERY package that comes through here, right?") 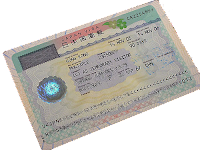 I went the next morning to the Portland Japanese Consulate with my paperwork, passport, and flight itinerary; I was told that "it usually takes a week to process this, and we are off for the Thanksgiving holiday. Plus, we are short staffed. I cannot guarantee your Visa by Tuesday afternoon."(My flight was Wednesday morning.) I said, "Well, does that mean I have to change my flight?" The man said, "That is your matter. Call on Monday." So I spent about a week worrying that I would have to change my flight at the last minute, which isn't cheap. Plus, there's always a risk of not being able to get a seat on the next day's flight;which is why people book way in advance. Every time I called, the man at the consulate was callously indifferent to my dilemma. Finally, on Tuesday afternoon, my Visa was indeed ready, although the man at the Consulate was, even to the end, surprisingly condescending. (These are some of the things that musicians deal with above and beyond the music; international travel, while seemingly glamorous, has many logistical and diplomatic pitfalls which can ruin the best laid plans in a heartbeat.)

The first two performances were great. Our first show was at a famous club called Pitt Inn, located in the Shinjuku section of Tokyo. I've always liked this venue;the layout gives it more of a "concert" feel to it. And all the clubs in Japan have well maintained pianos. The show went well, with surprisingly few glitches, considering this is a "new" duo. Japanese audiences are very respectful and quiet. Sometimes, they are so quiet that it's disconcerting. But I get the distinct impression that Japanese audiences actually come to concerts to LISTEN to music! (What a concept!)

The second show was last night at the famous Body and Soul, which is near the Roppongi neighborhood in Tokyo. This is also one of my favorite places to play; the piano is excellent, and the staff is very accommodating, and of course, the food is delicious. The audience was quite receptive and enthusiastic. A surprise guest in the audience was trumpeter Dr. Eddie Henderson. Henderson showed up with his wife Natsuko; they were in Japan for almost 3 weeks for Henderson's tour with Jimmy Cobb, performing the music from Miles Davis' Live At the Blackhawk album. I admit, I was a little intimidated by Henderson's presence; after all, he  played in bands with Herbie Hancock and McCoy Tyner!


The Body and Soul show was actually streamed live on the internet. If you missed it, you can watch part of the show here. Stay tuned for more from the Land of the Rising Sun; our next stops are Kumamoto City and Kyoto, both known for their historical sites. Kyoto is one of the most beautiful cities, and there are a lot of ancient Buddhist temples to see there. Plus, Okonomiyaki, a popular dish in Kyoto, is definitely on the list of things to eat, since you almost never find it in Japanese restaurants in the U.S.