Queens native Francesca Miano, or "Cha Cha" as we call her, is one of the most enthusiastic jazz fans that I know. She isn't a musician, but she listens the way musicians do. She recently started her own jazz blog(http://jazzsaints.blogspot.com/), which makes her a jazz journalist, at least in my book! So I decided that she would be a good candidate for a drop the needle test. I picked some thing that I wasn't sure if she was familiar with, just to see what her reaction would be. I think these "tests" are not always about getting the right answers; after all, no one knows every single song ever! But the question is, if you don't know who is playing, what are you listening for to help you figure it out? Or if you have no idea who it is, what is your constructive opinion? Anyway, here's her test. The normal type is before and the bold italics are the after. Cha Cha: Is this Ahmad Jamal with Vernel Fournier on drums, perhaps from "Live from the Pershing"? The songs sounds like "It's a Pity to Say Goodnight". Ahmad's playing always seemed to have a "sparkling" quality to my ears. When he first came on the scene, some critics felt he was too commercial, but Miles Davis was crazy about him.

After: Live at the Pershing has generally been considered the one iconic recording by Ahmad Jamal that put him on the jazz map.  It's interesting that he's gone from being considered kind of easy listening by some earlier critics to his current status as a jazz piano master. 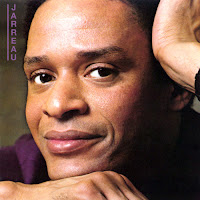 2. Al Jarreau,"Not Like This", from Jarreau,
The singer sounds a bit like a more subdued Al Jarreau. Seems like something that may have been recorded in the 1980s, from the way the electric keyboard is used. Nicely sung but a little too syrupy for my taste.

After:It always made me a little sad that Al Jarreau stopped sing real jazz (at least to my ears) like his vocal version of Take Five, in order to cross over and get more mainstream airplay.  I remember he even did a guest shot on SCTV when it was on NBC.  Very few jazz performers got national exposure like that, but I doubt it would have happened if he hadn't switched to more of a pop sound. 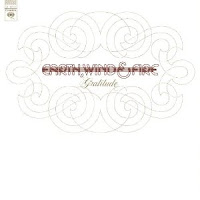 I remember the original version of this song, which was played often on WRVR in the 1970s, but I can't remember the title. Is this version with the Brecker Brothers? The chart in this version sounds like it was recorded around that same time and is, once again, a little dated, but the solos are great.

After:It's embarrassing that I missed this, since I'm a fan of Earth, Wind and Fire!  Everybody seemed to like this band during the time they got constant airplay, because they had such great songs and a great sound. 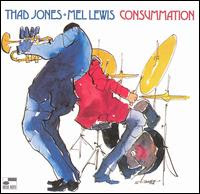 Started out like an inside-out "A- Leu-Cha". Is this the Thad Jones/Mel Lewis band? Loved the trombone and muted trumpet solos. Really tight but swinging section work.

After:No big band was better than this one during the time they had the Monday night slot at the Vanguard.  Thad Jones wrote such wonderful charts and you could always expect to hear the best musicians on the scene as sidemen.  One of my greatest regrets is that I never got to hear the Thad Jones/Mel Lewis band live. 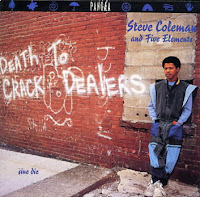 You've really stumped me with this track. Sounds like a bit of 80s funk. Do I hear synths in the background? Is that Herbie around the time he crossed over again into pop during the Rockit era?


After:I have to admit I've never listened to Steve Coleman very much.  I am familiar with M-Base though, mostly due to the fact it's where many people first heard Cassandra Wilson. 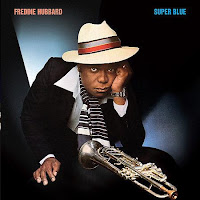 Is this a Horace Silver track from the 90s? I think Michael Brecker played with him then, so is that him on sax? When Horace's bands play an uptempo number like this, it raises your spirits with its positive vibe. Really miss that he's not active on the scene anymore. Nobody has ever duplicated what he brought to the music.

After:Wow, I really messed up with this one!  Such an amazing lineup of musicians!  My favorite Freddie Hubbard has always been "Crisis" from Ready for Freddie, one of his earlier Blue Note LPs. And of course, I also love "Red Clay" from his CTI years.  But I've never heard this track, unfortunately.  It's rather sad that he chops gave out near the end, but I still can't believe that he's not with us anymore.  He was such a giant. 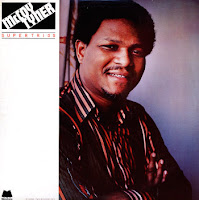 Is that McCoy Tyner? Very powerful playing. He seems to be really attacking the piano and making it sing. The bassist and drummer are no weaklings either, but they had to be equally powerful to not be overshadowed. This track is one of those that leaves me breathless with its intensity.

After:I've always considered McCoy Tyner a real powerhouse, definitely not subtle, whose playing goes right through you.  My favorite recording of his has been   "Fly With The Wind".  The combination of his strong touch on the keys, along with the string quartet behind him, has the power to lift me up when I really need it. 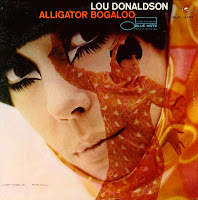 I know I've heard this track quite often over the years, but I have no idea of the title. Is that Stanley Turrentine on tenor and Charles Earland on organ? And is the trumpeter Freddie Hubbard? Fun track--me feel like doing the boogaloo!

After:At least I got the boogaloo part right!  Lou Donaldson and Stanley Turrentine pretty much created an alternative to the swing and bebop approach to sax:  a churchier, more soulful sound.  It's been imitated by so many after them, but nobody has gotten it the way they have.  I finally got to hear Lou Donaldson live at an outdoor gig outside St. Peter's Church in NYC a few years back.  It was the perfect music for a summer afternoon. 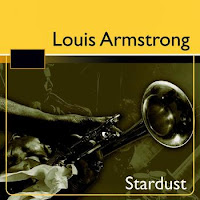 This is an easy one, Satchmo playing his iconic version of Stardust. Love his performance of the song and the chugging sort of rhythm going on in the background. Many people have mainly heard his later performances and don't realize what a revelation his approach to trumpet playing and vocals was when he was in his prime. Just listen to how he morphs the melody with his embellishments. It became standard for jazz but at this point in time was something nobody else was doing. Furthermore, Armstrong plays the way he sings and sings the way he plays. You can really hear in this track what made him such so great.

After:There's really not much I can add to my earlier comments.  Just that I first heard this track about five years ago, and it really increased my respect for Satchmo's artistry made him such so great.