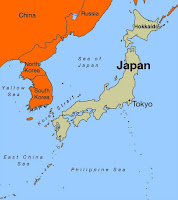 Earlier this month, I did a 12 day stint in Japan, featuring a band of two; myself on piano, and vocalist Debbie Deane. The tour was a great success; the Japanese audiences, as well as our promoter Kohei Kawakama, were thrilled with their new discovery of vocalist Deane, who had never been to Japan before. (This was at least my 16th time, so I'm just old news, probably.) Also,  we were showcasing some brand new music; Deane had graciously learned some of my songs with lyrics(many of which were composed when I was Songwriter-In-Residence at Aqua Books in Winnipeg earlier this year). Plus, we performed some favorite standards(always popular in Japan) as well as some of Deane's songs from her first two recordings.

Japan is my number one favorite country in the world to visit (Denmark is second, Italy is third just because of the food. Not surprisingly, Macedonia is a distant 47th place…). And even though many things in Japan are familiar, I had a few firsts. This was my first time seeing Mt. Fuji, which was beautiful. It was my first time seeing the Golden Temple in Kyoto, which is always a great place to do tourist type stuff. Also, I experienced not one, but two earthquakes! One was after a night of much Sake; I awoke around 1:30 AM Tokyo time, feeling like I was on a boat traveling in choppy waters. Part of me knew it was an earthquake; the other part was tired, and knew that earthquakes don't last very long, so I rolled over and went back to sleep. The other earthquake was in the airport as I was leaving; I noticed the structure around the check-in attendant was shaking. The lady said, "Just a moment, please," as if this was a normal occurrence. Luckily, these two were very small.

So plans are tentative for another tour next year, with the George Colligan/Debbie Deane project expanding with the addition of bassist and drummer who are TBA at this writing. In the meantime, here are about 100 pictures of the trip, which you may peruse at your leisure.