If you are trying to develop your vocabulary as a jazz improviser, you'll want to transcribe from other players, hopefully great jazz players. You can do entire solos if you have the time, but you should at the very least take some "licks" from the masters and work them into your own solos. You'll start to see how linear vocabulary works with jazz harmony, and if you really stick with it, it should all snowball into you being able to improvise in a jazz manner. The goal is to have your own sound, or at the very least, being able to "put it in your own words", so to speak. Be that as it may, it can be fun and valuable to transcribe an entire jazz solo. This can give you a sense of the overall structure of a solo, and it's a way for the student to sort of "step into the shoes of a master".

I personally haven't transcribed a lot of solos in their entirety. However, I wanted to share one that I did a few years ago. It's tenor saxophone legend Hank Mobley's solo on Irving Berlin's "Remember", from the classic Mobley album Soul Station (with Wynton Kelly, piano, Paul Chambers, bass, Art Blakey, drums). Here is a link to the recording on youtube. I've known about this album for years, but initially, it was hearing drummer Carl Allen sing this entire solo along with the recording that made me want to transcribe it. The whole album is great, and this solo is great because Mobley's lines make so much sense, and they outline the harmony perfectly.

I think this is a good solo for students because there are many small phrases which could be incorporated easily into one's vocabulary. I have marked some of these phrases in red. It's fun to just follow along while you listen, but the next step would be to learn to play along with the solo, or maybe take some of the small phrases and transpose them to all keys. Keep in mind, that I am not a saxophone player, so there might be some better ways to notate some of the idiosyncratic aspects of the solo. Also, some of the rhythms I had to approximate, because they were not 100 percent falling into western rhythmic notation. This is why it's good to learn solos by ear first, so that you get the organic rhythmic feel of the artist.

The first chorus is obviously the melody of "Remember", with rhythmic interpretation and also some embellishments. Mobley gets right to it with a two bar solo break pick up. There are lot of nice sequences (taking the same idea and repeating it but in a different key), which go well with the descending chromatic chord progression. It's all a really good example of Hard Bop, with a lot of "bebop" lines and some "bluesy" interludes. Around letter J,K, and L, which is the second improvised chorus, Mobley implies double-time, but in a complex way, which made it hard to notate. I mused about different options, and went with what you see here. Hopefully it makes sense. Again, it's best to listen to the solo as you read. I like how bar 120 and 121 have a nice diminished scale idea that feels really natural.


If you see anything that really looks wrong, let me know. I haven't looked at this in a while, and just like the written parts of my blog, I can always use some proofreading. I'm hoping to post more solos in the future, and I'm also hoping to get to some more transcribing this summer. I have a hard time doing entire solos nowadays because I find that I can get a lot of mileage out of even one bar from a masterful solo. But I'll have my keyboard with me on tour, so I'm hoping to get to it. So anyway,  here is Mobley's solo, enjoy! 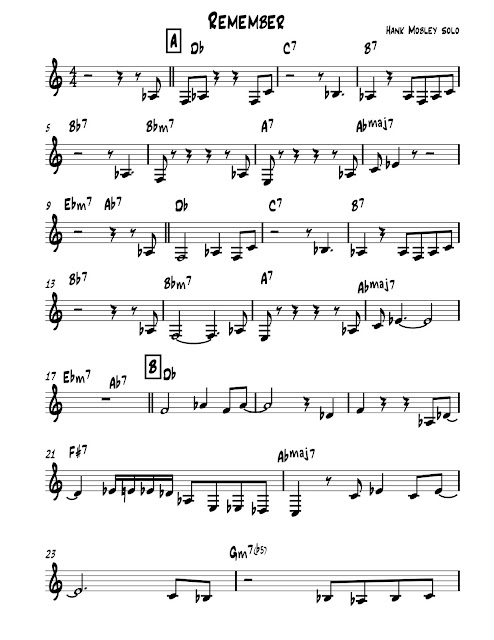 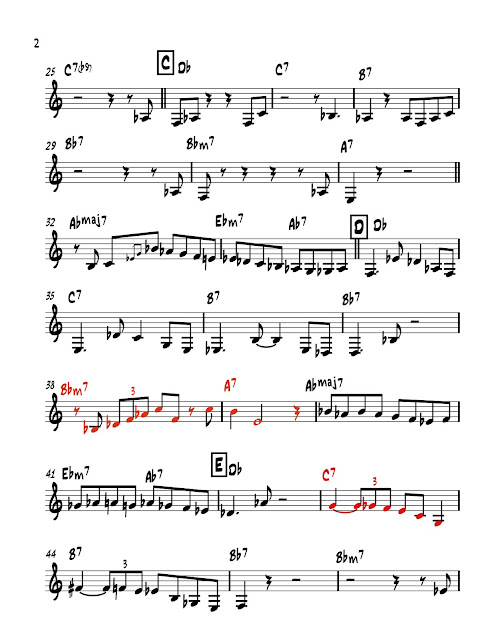 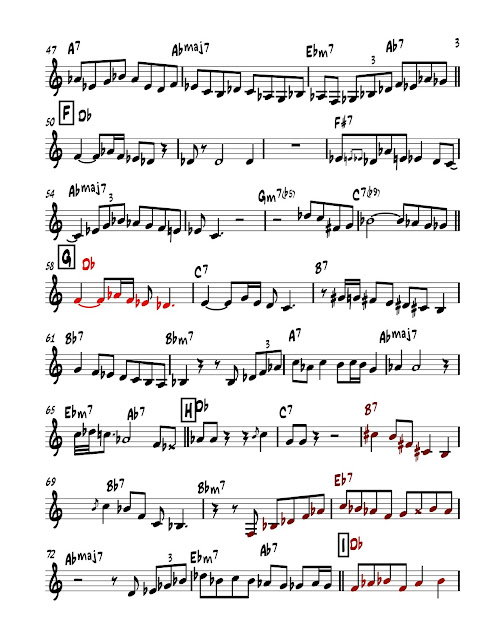 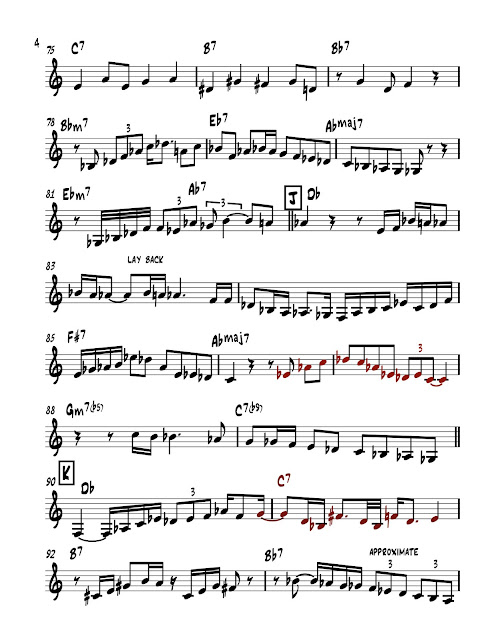 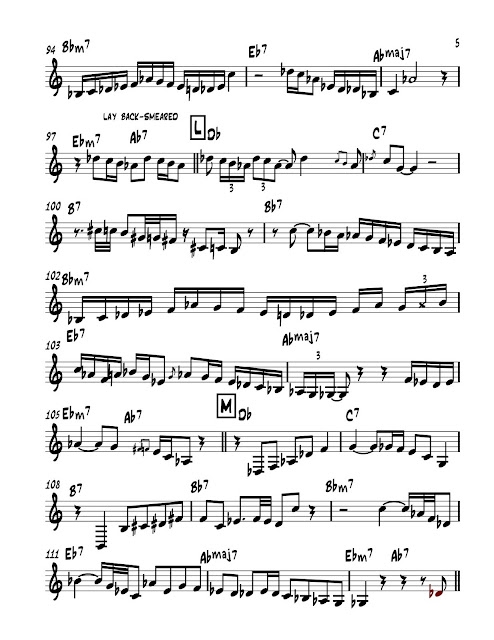 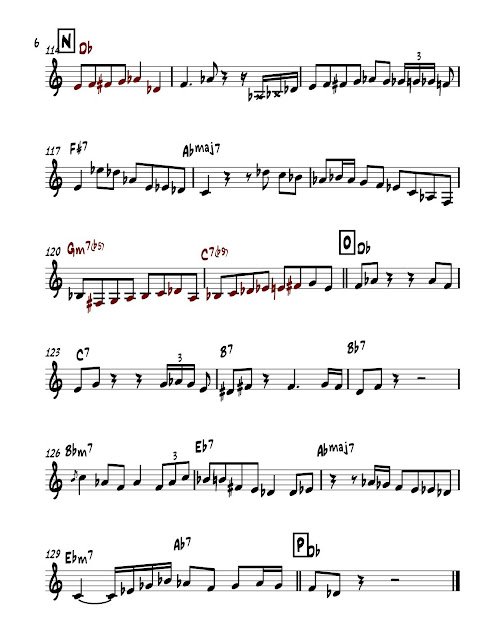