Guillermo Klein at the Village Vanguard

When we study jazz history, there is talk of legendary venues: The Cotton Club, The Palomar Ballroom, Minton's Playhouse, The Five Spot, The Plugged Nickel, etc...Of course, one of those places that still thrives today is the Village Vanguard. Located on 7th Avenue South right in the heart of Greenwich Village, this famous club has been a hot ticket since the mid 30's. I've only performed here a handful of times over the years, but I've seen a lot of great music there. I must say, in some ways, the Vanguard, like many famous places, can underwhelm at first glance: it's pretty small, the dressing room is the remnants of a working kitchen, and the proprietor (Lorraine Gordon, widow of Max Gordon, the founder) can be quite gruff to the customers. And yet, the sound of the room is great, and it carries a lot of cache to get a booking there. Furthermore, it's one of the few clubs where you can still book an entire week, which means it's possible to develop the music over six nights, which is what the masters did back when there were a plethora of performing opportunities.

A friend convinced me to come down to the Vanguard and see pianist and composer Guillermo Klein y Los Guachos. "Guachos" is apparently Argentinian slang for "buddies". Klein is Argentinian and lives and teaches there currently, although he did live in Boston as a Berklee student, and also lived in New York and Barcelona previously. I actually saw his big band when they used to play at Small's in the mid 90's. Klein's music is extremely unique: he's doing things with a large ensemble that I guarantee you've never heard before. Klein is an accomplished pianist, but he doesn't use his band to showcase any sort of pianistic virtuosity. He leads his men from the piano, while letting the many other formidable soloists in his band take the spotlight. One of Klein's trademarks is his isolation of rhythm as a thematic element, much like classical composers like Steve Reich, John Adams, and maybe, dare I say, Beethoven?

The night started with a piece called "Human Feel" that really seemed blatantly minimalist: a large repeated phrase in 3/4 that implied smaller groupings of 5 within it, and then shifting to more of a 6 feeling, and then back to the 5 groupings. It's as if Klein is orchestrating his piano improvisational vamps for the large band, which consisted of two trumpets, trombone(occasionally 2 trombones when trumpeter Diego Urcola doubled on valve trombone), three saxes, electric bass, guitar, drums, percussion(although impressively, the percussionist picked up a trumpet on occasion), and of course, Klein on piano.The next piece, called "Juana", had a suspended chord vibe, and featured an amazing solo by tenor saxophonist Bill McHenry; it began with one note, very intensely, and then he tapered down with some contrasting rapid firings, and then brought the energy back up again with lyricism.

"Mariana", the next tune, I found to be distinct in that it combined some very brooding harmony, and a possibly romantic sentiment, with a 5/4 rhythm that had a syncopated backbeat. This 5/4 rhythm served as sort of a rhythmic M.C. Escher painting, in that you can hear the melody in 5, or in 6, depending on how you focus your attention. Drumming master Jeff Ballard is an expert in endeavors such as this, and his navigation of the rhythmic labyrinths of Klein's compositions makes it all seem effortless. This is what was so compelling about this piece is that the oddness of the meter wasn't the only thing happening; it's only one element. 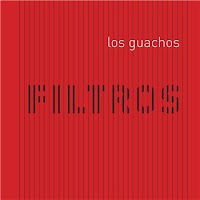 Most of the music that was performed was new, however, I did recognize one piece from Klein's 2008 release Filtros; the seemingly 7/4 "Muila" is another rhythmic illusion, where it seems as though the band is riding the metronome at various speeds, but actually, the perceived metric modulations are all created by the notation, with the quarter note staying constant. The band was super tight in it's execution of all of these difficult ideas; this was a Sunday night, so obviously, they had five previous nights to solidify things. I was told that Los Guachos only plays about once a year now; with that in mind, it speaks to the level of virtuosity throughout the band.

Other standout soloists were alto saxophonist Miguel Zenon, (who is a tremendous bandleader and composer in his own right), Urcola (who is a great trumpet player, but played one of the best valve trombone solos I've ever heard!), and Chris Cheek on baritone saxophone. Taylor Haskins, who is a wonderful improviser, held down the lead trumpet chair with precision and confidence; he has the high chops, but a beautiful, dark sound, not that sort of bright "screechy" lead sound that we tend to associate with that sort of thing. Virtuoso guitarist Ben Monder, strangely, did not have any solos.( I asked him why after the concert, and he jokingly replied," Hey, you're right! Why didn't I?)

I was actually quite impressed with the penultimate tune of the evening, which featured beautiful singing in Spanish by Klein. This first set ended with Klein's orchestration of the first movement of an Albert Ginastera Piano Sonata, which finally showcased off Kliein's pianistic ability, as well as his arranging skills. Urcola told me that they had recorded all the new music during the week, so I urge you to keep an eye out for the next recording from Guillermo Klein y Los Guachos.