Don't Forget About The Music

My first year teaching at Portland State University is winding down. This is the time of year when we like to evaluate the year's progress( for students and faculty). For some graduating students, this might be a time to reflect on their entire academic career. The juniors and seniors are doing major recitals, which are representative of all that has been accomplished over three or four years of musical study. For some students, these recitals are a big deal;parents and extended family, as well as friends in the community, are in attendance. Some bring food for the after party(one of students at University of Manitoba was of Filipino descent; the food that his family brought to his recital after party was enough to feed an army. It was so delicious, I was worried that the food would influence my grading of the recital!).

I've seen two recitals thus far, and both of them made me recall my own senior recital at Peabody Conservatory, when I was so nervous about my performance that I neglected to put up posters until the last minute, which insured that only a small handful of people were in attendance to witness my mediocre rendition of the Hummel Trumpet Concerto. (My Master's Recital at Queens College was much better; by then, I was a jazz pianist, and there was no Hummel, Hayden, or even Hindemith on the program.)

I think it's great to make these recitals into semi-momentous occasions. It's great to take the time to have a special performance and congratulate ourselves for our work and development. As usual, I have the jaded, grumpy perspective of wanting to see the larger context. Some people see high school or college graduation as the goal, and when that goal is reached, the feeling is, "I did it!" My pragmatic view is, "OK, you DID it. What's next?" I want students to see these recitals as a beginning, not an ending. In this way, a student might have a more relaxed attitude about their recital, and not feel like "this is my last chance to prove myself as a musician!" No, if your goal is a LIFE in music, you'll have many more significant musical opportunities in your life. Although your family and friends might not be there, and you might not even have any home cooked food afterwards. You might just go back to your hotel room, down a Toblerone chocolate bar and a tiny bottle of Absolut Vodka, watch Roseanne (dubbed in German) on TV and pass out from exhaustion.

But one of the recent recitals really got me thinking about the big musical picture. Now, we spend a lot of time, in the study of music, talking about little pieces. Sometimes these little pieces are almost literally like little pieces of paper all over your room, and you are trying to put them all together into something that makes sense. This is totally normal. But this can be daunting for many students who need a predictable, acceptable structure. For example, the idea of learning two tunes per week seems like a reasonable assignment for a young jazz student; it's concrete, and by the end of 30 weeks, you would "know" 60 tunes. But then what about all the other things that might distract you during those 30 weeks: other classes, technical exercises, sight reading, transcriptions, ensemble music, maybe some other tunes which you wanted to try, etc...Today's music student has almost too much information. Again, this is normal. (Also, the idea that you would then "know" 60 tunes is not the whole story, because as improvisors, "what" are you playing on these tunes is as if not more important than just knowing the tune. And that's where it can get tricky.) 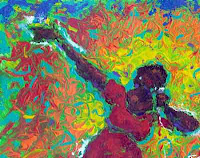 So trying to "put it all together" makes people start to have doubts. I believe that the key to overcoming these doubts is to try to remember why you got into music in the first place: the feeling of the music. How does music make you feel? When you hear a familiar melody, how do you feel? When you hear a brilliant improvised solo, what are you feeling? When you hear a great groove, does that make you want to move? Why do people even go to hear music? When you think about music in this way, the nuts and bolts and scales and chords fade into the background a bit. What becomes more focused is the joy and emotional content and communication of a musical performance.I guarantee you that the audience doesn't care whether you learned two songs a week or whether you know seven diminished patterns to play over dominant chords. They want to FEEL something.

That is not to say don't practice and learn all the skills. In some ways, the skills are the easy part, because they are more tangible then the "musical" part. Learning tunes: either you know it or you don't. Scales: same deal. Rhythm: set the metronome, wake up, and smell the coffee. This is your preparation. Practice as much as you can physically handle. It will be boring. But the more prepared you are, the more you will be able to concentrate on the FUN on playing MUSIC when you actually PLAY a concert. The more skills you have, the more fun you'll have.

However, it's extremely common for musicians to forget that. We start to become obsessed with the skills and trying to be perfect and getting uptight about our playing, and then it stops being fun. Music students have to stop and smell the musical roses. The bandstand is a great place to do this. When I was 22, 23 years old, I was lucky that I had so many gigging opportunities between Baltimore and Washington D.C. Also, I had no children, so I had a lot of free time. I was practicing a lot: 4-8 hours a day. But more importantly, I was playing 3 to 7 gigs a week. Everything I practiced could be applied to those gigs. My musical goals were to really focus hard on my weaknesses during the day, and then at night, just musically "go for it." Unfortunately, it's very rare these days for musicians in their 20's to be in a situation like that. Music school should be some kind of artificial yet useful recreation of that environment. 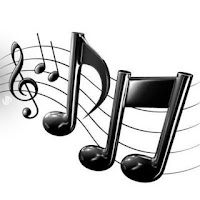 The recital I attended was very good, and it was a packed house. Obviously, it was a meaningful event for the student and the student's friends and family. And sure, there were some technical issues; some bars out of place, some sloppy techniques. But what was great about it was the overall "vibe". These students, regardless of technical prowess, were "going for it." And it really came across well. It felt good to listen to it. It was a performance you would pay a cover charge for. This "overall vibe" has to be remembered in the study and teaching of music. Granted, it's not as easy as saying, "here, learn two songs per week for 30 weeks." But it is way more important.