Who was the best? Duke Ellington, or Jimmie Lunceford? 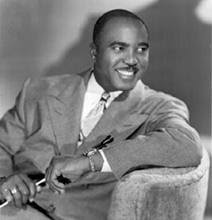 Many of you know that I have recently joined the faculty of the Jazz Department at the University of Manitoba. A few weeks before I began the semester, director Steve Kirby asked me if I would consider teaching jazz history. I agreed to do it, a bit hesitant at first, because I have never done that and I'm certainly not a historian. However, I figured it would be a great learning experience, and that has surely been the case. I think the Manitoban students and I got a lot out of the work we did this past year. Nevertheless, my intention is to become a better history teacher, so I am trying to go back and do some research. And by research, I mean reading other people's research!

I recently ordered two books from Amazon and I highly recommend both of them: "Beyond Category: The Life and Genius of Duke Ellington" by John Edward Hasse, and "Rhythm Is Our Business: Jimmie Lunceford and the Harlem Express" by Eddy Determeyer. I find it fascinating that Duke Ellington has remained in our consciousness, and we can celebrate him as one of America's great composers and one of the most important figures in Jazz; however, bandleader Jimmie Lunceford is a totally different story: Most people, including many jazz musicians, have never even heard of him, and he is considered an obscure figure. Yet during the late swing era, Jimmie Lunceford and the Harlem Express were considered by many to be better than the Duke Ellington Orchestra! Funny how history looks from 60 years in the distance.

The Hasse book is an in-depth look into Ellington's entire career as a pianist, composer, bandleader, and icon. It's an entertaining read, but also it's well researched material and there is always a section in each chapter which links each period of Ellington's career with relevant recordings. ( I believe the study of music history is irrelevant if you can't come away with a sound in your head.)

I was inspired by the book for two reasons. First of all, Duke Ellington had to deal with intense racism, even when he was a very popular artist. (Can you imagine if Kanye West was not allowed to check into a hotel in the city in which he was performing? This was the depth of racism in the 30's and 40's.) Yet he never seemed  bitter: he always remained regal and dignified, and was able to remain optimistic under the worst of circumstances.

Secondly, the idea that a living legend and jazz icon went through many career struggles, from his first initially unsuccessful move from his birthplace of Washington, D.C. to Harlem and back, to the post-swing era where Ellington, by then a household name, struggled to keep his band working. This is a lesson for anybody, yours truly included, that ever has doubts about one's purpose in life. For Ellington, the music was the most important thing; he kept his band paid so that he could hear his music played on a regular basis. Although one can't help but wonder how thrilled Ellington would have been to have lived to see our modern day music notation and music sequencing software! Ellington spent many hours staying up late writing manuscripts; today he could play musical ideas on a midi keyboard and have Sibelius play back his ideas instantly! Although the alto sax patch on Sibelius would be a pale substitution for having the singing sound of  Johnny Hodges at your disposal.

"Beyond Category" is essential if you are teaching jazz history, or trying to teach yourself jazz history, or if you are just a fan and enjoy a good music biography. (Although I realize that there are many books on Ellington available, including the recent " Duke Ellington's America" by Harvey G. Cohen, which is supposed to be excellent. ) The Hasse book has a plethora of detailed information about band members, Ellington's compositional successes and failures, his relationship with Irving Mills, exactly when and where he toured, and even a breakdown of his professional finances. There are great anecdotes which give one a window into Duke's personality; some giving him a down to earth quality, others making him seem all the more larger-than-life. For example, producer Irving Townsend said of Ellington, " In our years of recording together, I've known Duke to arrive an hour early, two hours late, and at every point between those two extremes. I have never known him to arrive anywhere at the wrong moment."

Truly, Duke Ellington is remember because he was part of the history from the beginning, and wrote so many great tunes, and also wrote many concert works on a grand scale. He was quite prolific and also was fortunate to be active for so many years, up until his death in 1974. Jimmie Lunceford  was not so lucky: The cause of his death in 1947 is disputed, even by band members who were there at the time. But many people believe he was poisoned by a racist restaurant owner. Eddy Determeyer's book delves into this mystery and others; as I stated earlier, Lunceford is not currently a household name, yet his band The Harlem Express was thought to be more swinging and more entertaining that the Ellington band or any other band of the swing era, breaking attendance records everywhere.

"Rhythm Is Our Business: Jimmie Lunceford and the Harlem Express"is essentially  a love letter and a reminiscence of a great but forgotten band and it's beloved leader, cut down in the prime of his life. Similar to the Ellington book, it discusses racism of the day as well as examining the life of the musicians who toured constantly under varied conditions. There is early biographical information on Lunceford: his middle-class upbringing in Denver, in a musical family, his days at Fisk University, his brief affair with W.E.B. DuBois' daughter, and the beginning of his band ( originally called the Chickasaw Syncopators). At a certain point, the book seems to focus as much on the sidemen and arrangers of the band; drummer Jimmy Crawford, alto saxophonist Willie Smith, and trumpeter and arranger Sy Oliver. An important milestone ocurred when Oliver left Lunceford to join Tommy Dorsey's band. This event sparks a discussion of the fact that swing music was cultivated by many black artists like Fletcher Henderson, Ellington, and Lunceford, while white bands like Dorsey and Benny Goodman received more acclaim-and had better working conditions throughout the racist 30's and 40's.

Jimmie Lunceford was a taskmaster, not just in terms of musical accuracy ( he was also one of the first jazz educators in history) but with showmanship: The members of the Harlem Express might change outfits two or three times during a performance, and shows included visual stunts such as the trumpet section throwing their trumpets up in the air, catching them, and playing high notes without missing a beat.If you are curious, there is some footage of the band on youtube from a short feature film from the 30's. (The band is also featured in a film called "Blues In The Night" from the 40's , which I ordered from Amazon but have not watched yet..." The controversy with that film is that the Lunceford band was known for impeccable attire, yet in the film they were " dressed in rags", according to one fan of the band.)

The book is entertaining and it's a fascinating look into the Swing Era. But why is Lunceford's legacy so non-existent compared to Ellington's? I believe some of it has to do with his premature death. I also think that it is more common than we realize for artists who are famous for a time to be relegated to the so-called storage closet of history, after the fame dust settles (Look at all the one hit wonders of the 80's, for example). Determeyer thinks some of it is because the Lunceford Orchestra was not as well documented as they could have been- that their recordings did not measure up to the live experience. Also, they had hit songs, but most were not written or arranged by the bandleader. Lunceford is looked at in retrospect as a great director, but he wasn't outstanding on any instrument (although he was a skilled multi-instrumentalist) and was not anywhere nearly as prolific a composer as someone like Ellington.

I was motivated by the book to buy some recordings of the Lunceford Orchestra. There's a great recording of " Rose Room" which shows a lot of virtuosity by the trumpet section, an outstanding stride intro from pianist Eddie Wilcox, and the tune well demonstrates what they referred to as the "Lunceford Bounce"-which influenced many of the swing bands. There is a great compilation you can download on Itunes called " Harlem Shout" which has a lot of the hits of the band, including " For Dancers Only", " Blues In The Night", and " 'Taint What You Do".

On a personal note, I used to teach at Juilliard, and trumpet great Joe Wilder, who was a member of one of the last bands of Lunceford, used to sit next to me on the panel for the auditions. I wished I had taken the opportunity to ask him about playing with Jimmie Lunceford. (Maybe I'll try to get an interview with him at some point!)