Jazz And The Abstract Truth: Greetings, Salutations, and So on...... 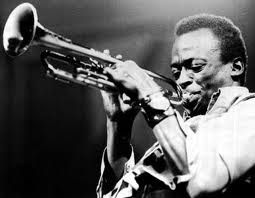 Welcome to a new blog regarding jazz music and many related subjects. I decided to start this blog for two main reasons: to have an open forum which  celebrates jazz and helps to keep it alive, and also to give an alternative perspective from the many jazz sites and forums that are already out there. This blog is a way to get across the perspectives of both the musicians and those who truly love the music - from a rational, fair perspective.

Don't get me wrong, there are already some great jazz and music writers out there. However, I think that what is underrepresented are the honest views of the musicians and the folks out "in the trenches" , who are really paying attention to the scene. I find a lot of the information out there is so industry driven: the labels buy advertising which insures that the artists signed to those labels get great reviews, or those who do a publicity campaign get attention, while a lot of great music goes completely unnoticed because it gets "lost in the pile" of the hundreds of CDs that get sent to the major magazines every month. I want to find a way so that we can really get to the truth of who and what is really happening, not just keep promoting the top of the industry, so to speak. I welcome any other writers, musicians, and fans to contribute. And I want to be critical but fair. I mean, let's face it: I get the feeling that some writers are writing to feature their own skillful prose, or they balance their favorable reviews with unfavorable because it  looks bad if they give good reviews to everyone. I want the things here to be devoid of that. I would rather have something maybe not as poetic but still informative and honest.

Now those of you that know me know I enjoy a good rant as much as the next guy. Well, we might have some of that here, but I will try to keep things as positive as possible. I welcome civilized discourse, but let's try to keep the "haters" and the hating-on at a minimum.

I'm going to start the proceedings with two performances that I was involved with this week. The first was in Wiggin Park in Camden, New Jersey, which is a nice area of waterfront which has a great view of downtown Philadelphia. I played piano with the Buster Williams Quartet. In case you didn't know, Buster has enjoyed a great career as a sideman since the 1960's. I believe he got his start with Gene Ammons and went on to play with a plethora of the greats, from Sarah Vaughn to Nancy Wilson to Miles Davis to Herbie Hancock, just to name a few. Buster has one of the more distinctive sounds on his instrument: It's amplified and has a lot of sustain, but that thick sound doesn't ever bog down the rhythm. For medium swing tempos, there's nobody better. Also, Buster is a wonderful composer. He has a great sense of harmony and form, and always creates great vehicles for improvisation. He has many CDs as a leader: "Something More" was my favorite in the 90's.

Since 2002, Buster's band has consisted of yours truly on piano, Lenny White on drums, and Steve Wilson on alto and soprano saxophones. On this performance, filling in for the drum chair and saxophone chair respectively, we had E.J. Strickland and Mark Gross. E.J. is very in demand these days as a drummer, and you might know Mark Gross from the Dave Holland Big Band. These formidable musicians didn't sound like "subs": they played the tunes as if they had been playing them on tour for six weeks!

It can be difficult to play music that you have played with the same people for years because when you have a real band, the music becomes much more than what is on the music paper; especially in jazz because you try to play different things every night, and you end up have so many extra musical ideas that you forget how you played it the first time! Be that as it may, this performance felt different, but also refreshingly new. Buster, who last year had been in the hospital due to a lung infection, shows no signs of slowing down, and seemed to play with a renewed vigor. E.J. locks in to Buster's groove very well, and is driving without being overbearing or cluttering up the overall sound.

Mark Gross has one of the biggest alto sounds you will ever hear, and he put that to good use on tunes like " Native Dancer" and "Epistrophy". I was pleasantly surprised to hear his soprano playing on the beautiful ballad "Christina" and also "The Triumphant Dance of The Butterfly." In this case, he played the soprano in a more muscular fashion than Steve Wilson, but it was still effectively emotional.

Buster actually grew up in Camden, so it was sort of a homecoming for him. The Camden audience was extremely enthusiastic: Shouts of "WE LOVE YOU, BUSTER" could be heard throughout the performance. Buster usually does not perform encores, however, it seemed as though the crowd would have gone ballistic if an extra number had not been performed. I must admit, I have played high level jazz in many situations where the performance was treated with indifference by the so-called listeners. In the case of the Camden crowd, I would rather see on-the-sleeve emotion rather than quiet apathy.

The next night, I got a chance to play at the Iridium with a good friend of mine named Andrew Rathbun. Andrew hails from Toronto, Ontario, but has been in New York since the late 90's. The first time I played with him was at the Montreal Bistro in Toronto back in 1997, and we've been friends ever since. Andrew is a fine tenor and soprano saxophonist and an equally fine composer. I've played on a number of Andrew's CDs, including a  CD called "Renderings: The Art of The Duo" which features Rathbun's music combined with reworkings of music by Ravel and Mompou.

The Iridium featured the Andrew Rathbun Orchestra, which in American Classical Music terminology implies Big Band with 4 trumpets, 4 trombones, 5 woodwinds, rhythm section including guitar. In this case, a vocalist was included, the wonderful Julie Hardy. But if you are thinking Doris Day with Bob Crosby, think again. Most of the time, the vocals doubled the melody sans lyrics, which gives an kind of ghostly, ethereal quality to the music. And when there were lyrics, it was settings of the poetry of Canadian writer Margaret Atwood.

Rathbun has formidable skills as an orchestrator: Some of the brass chorales and ensemble writing had a huge impact. And Rathbun also has the ability to think big in terms of form. Many of the pieces, whether they were suites or just one through-composed work, were lengthy, but never seemed long because they had so many different moods. Yet Rathbun's music always has a theme and structure.

I thought it would have been nice if Andrew had played his tenor or soprano, but he was more concerned with the conducting. We did have some outstanding soloists: Rich Perry on tenor, John O' Gallagher on soprano, and  Pete McCann on guitar were among those who surely navigated the seas of Rathbun's harmonic invention. The rhythm section of Dave Ambrosio on bass and Owen Howard on drums provided contemporary support in that they were very interactive, which is to be expected with a modern orchestra such as Rathbun's.

I'd say it was one of the tightest big bands I have played with, due to the technical professionalism of the entire orchestra( except for me, my reading is pretty poor). In fact, we ended up sight reading one piece called " Life as Crystals". It seemed pretty flawless to me. I hope Andrew can get more gigs, but these days it's hard to afford a trio, much less 18 musicians.

So I hope I'm off to a good start. Stay tuned and hopefully this blog will be entertaining, enlightening, informative, and inspiring. I've often said that describing music with words is impossible: However, perhaps some of the words here will persuade you to check out some music that might be under the radar.