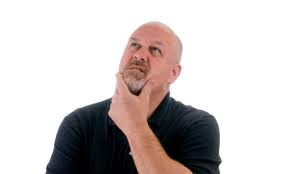 I find it troubling that America's unique musical art form, jazz, is so often misunderstood. I've always contended that, although I did attend a pretty good public high school, that I am no genius: therefore, If I can understand jazz, you can understand jazz. But sometimes it seems that potential listeners are so far off, I just have to shake my head in disbelief. How can something that is as American as Baseball, Hot Dogs, Apple Pie, and Chevrolet be so misconceived? Some of the fallacies I've heard are akin to an American watching a baseball game and saying, "When will the guy in the middle of the field on the little hill kick the ball so he can score a goal?" (Now, I did once have to explain Baseball to a German friend, and I felt like I might as well have been explaining  how to eat a sandwich, sort of like, "I can't believe you don't know what innings are, or what a home run is, how can you not know this?")

My point is that there is a lot of ignorance about something that should be second nature. Even musicians and people who love the music can at times be erroneous. This particular post is not about why, or how to fix it, because that could be another debate. (In fact, feel free to post your own ideas.)This post is not about making anyone feel stupid either. (One of my favorite comedians, Paul F. Tompkins, does a comedy bit about jazz: When he listens to a jazz record, it's as if the music is saying," Whatsa matter, man? Don't you dig our smart people's music? Maybe you too dumb, dummy!.) This post is really just some anecdotes about misunderstandings about jazz that I thought you might find amusing. And maybe laughter can lead to understanding. Maybe.

Some of you are saying, "Oh, Professor Colligan, just because we can't hear a C minor chord with a major 7th and a flatted 6th and an augmented 27th over a G in the bass doesn't mean we are stupid!" I'm not talking about that. I'm talking about the time a bass player brought his upright bass into the club and started a verbal brawl between a husband and wife sitting nearby. "Look, that guy's got a big trumpet!" proclaimed the husband. " You idiot," scolded the wife. " That's not a trumpet. That's a trombone!" And you thought that the people who confuse the bass with the cello were misinformed.

Maybe the problem is in the schools. And it's definitely getting worse. Music Education in some schools is non-existent. Art and Culture are not seen to be as important as R,W,and A (which stand for Reading , Writing, and Arithmetic. Some call it the Three Rs, but don't you think calling it Reading, 'Righting, and 'Rithmetic sort of accentuates our scholastic shortcomings? I bet the Germans don't have any " The Three R's" equivalent. Such jokes are strictly VERBOTEN!) So kids today are even worse off than the married couple in the previous paragraph. They don't even know enough to confuse a trumpet with a bass. For example, a friend of mine brought his son to the studio, and had to explain the concept of the drum set as opposed to a drum machine. Hip Hop was his reference point:" See, this is what people used to make beats on back in the day." (Make Beats is the Hip Hop equivalent of "come up with a groove." I am feeling old.) 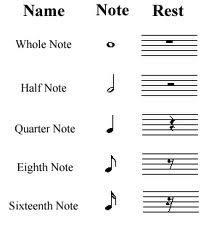 Obviously, those are extreme examples. However,  there are some trained musicians out there who say some pretty ridiculous things about jazz and jazz musicians, and it's usually based on the preconception that jazz is music that "you have to feel it, you have to have the talent, you have to be born to play it, it just comes to you..." Again, I don't think there is anything in my bloodline that makes me " born" to play jazz. I studied and practiced and listened just like anyone else. But the myths persist. I know the Director of a jazz program who complained to the Dean of the entire music school that "musicians who come from the classical program into the jazz program can't play their scales or play in tune." The Dean's response: "You're a jazz musician. How can you tell?" As if to say, "Jazz is just something you make up, you just get out there and blow, man. You don't have to worry about scales and intonation!" I just wonder what these people are hearing; because they've never seen the notated score, do they just jump to misguided conclusions? I swear that after I played a noon recital at Peabody with a jazz group, which was rare at the time, a student came up to me and said, " I love jazz. You just play wrong notes and it's OK." Is that the only thing you could think after our performance?

Let's forget about the ears for a moment. We all know that many people HEAR with their EYES, and that's always annoying. That would be like judging a film by how it tastes! "Have you seen the new Scorsese film? I found it much too salty." Some people have told me that I "don't look like a jazz musician." (I try to refrain from telling them what they look like.) Years ago, a bass playing friend of mine recommended me to someone who was looking to do some artistic photos of jazz musicians. When the photographer came to my door and saw me, a paunchy white guy with glasses and fading hair, she almost acted like she had the wrong address! This is another type of ignorance that for which there is little excuse. With all of this fallacious information, it's no wonder that the powers-that-be can fool us into believing that mediocre artists are Sliced Bread 2.0 while really great SOUNDING musicians go unnoticed. So many listeners can not actually decide based on their own judgment. They accept whatever is sold to them with the most repetition. One of my favorite tales comes from a friend of mine who used to work at Tower Records in New York. (Yes, there used to be stores in which you could buy records and CDs!) An older woman came in and inquired, "I'm looking for a CD by an amazing saxophone player, he's the best I've ever heard, maybe the greatest saxophone player who has ever lived!" My friend offered, "John Coltrane?"
"No."
"Michael Brecker?"
"Nope."
"Wayne Shorter?"
"No."
"Charlie Parker?"
"Don't Think So..."
"Cannonball Adderly?"
"Naaaa."
"Sonny Rollins?"
"Not him."
This went on for some time. Finally, with his head hung low in defeat, the eventual death blow unavoidable, my friend surrendered with a deep sadness. " ......Kenny G?"
"Yes! Oh, he is so amazing! He's the greatest saxophonist ever!" 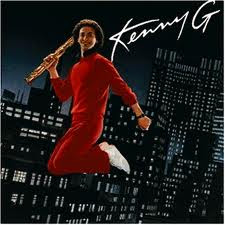