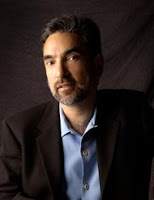 Here's Part 2 of a great interview with pianist and organist Mike LeDonne.....


GC: Well let me ask you this, because this is also kind of related and I’m imagining that you probably played with a lot of cats who were older than you when you were coming up.
ML: Yeah, everybody was older than me.
GC: And certainly, the major names that you’ve worked with were older than you.
ML: Exactly, Benny Golson and so forth… They were older so they really kicked my butt; they knew how it was supposed to go… I had no idea.
GC:Ha ha ha that’s funny. But I think that that sort of like mentorship… do you think that that’s lost today?
ML: Definitely! Who’s left? I mean, I’m the older guy now, ha ha ha.  So I figure like that’s what I’m doing. I mean, I have a lot of different drummers I’m using up at Smoke, the younger guys, like I figure we’ve got to start breaking the younger guys in to what the other side of things are because these are extremely talented guys who can do damn near anything, but they don’t usually get to groove that much, and they don’t get on gigs where the featured thing is swinging all the time so when I get them on the gig, I start molding them right away. I mean, I start telling them, you know in a nice way, I certainly … I hope I don't act like an idiot, but anyway, I just tell them, you got to do this, I need this and I need this... and if you want to keep doing this gig you have to do these things… and they are all too happy to do it. This is exactly what we wanted. We want to learn these things, and as a result, I’m getting a whole pile of guys that I can use in a musical setting. And I don’t think there’s too many things like that going just because there are no bands anymore, first of all: who you going to work with? And there certainly aren’t that many masters left in the world anymore, like, I mean of the ilk of George Coleman or Benny Golson ... you know who I mean. That ilk of musician is disappearing, I hate to say. It’s a horrible thing to be losing those people… and that’s I think a really important thing to me, is to keep what they’re about alive… in me if I can and to put it into younger musicians because I certainly don’t want to ever lose that in this music. I think it’s incredibly important to do new and different things and to search for whatever and be into being open-minded and not being closed-minded but you don’t want to lose what these guys spent their lives creating, you know? And I’m really good friends with George Coleman; we talk on the phone all the time… and Harold Mabern is a close friend, and Cedar Walton is a good friend….  and I just love these guys and I loved Milt Jackson. He was like my father! And I feel like we owe those guys a debt and the debt is to keep that stuff going forward and to keep what they’re like in this music too. Don’t let it disappear…. because I could see it happening. I could foresee a day where we don’t have that element in the music anymore and all you’re hearing is.. well, I don’t know what you’re hearing! Something else, but not that. It’s becoming sort of a cause of mine to keep that alive in young people and through me in the audience. I’m dedicated to that whole thing, and the sad thing is I don’t think most of the jazz world is that interested in that particular thing. But you never know- they always say things come back around . But right now I’m feeling a sort of a turning away from those values,  that swinging is important, that keeping the blues in the music is important, that playing the changes is important… all these basics that those values are kind of getting a little bit lost and almost avoided, like people are avoiding it because it's not popular and it's not what the guy of the latest generation is doing. I don’t even know what they’re doing because I try and go check out new music ... but, it’s hard for me  to listen to a lot of today's music. and I’m not a closed minded person- I love music… and I love any kind of music. I love classical music, I love jazz music, I love good R&B music, I love gospel music, I love any kind of music that’s good, but like I have to say a lot of things I find kind of boring nowadays when I go to hear young guys groups. I like it for about one or two tunes, but… it’s no fun. Just don't have fun listening to the music, like I want to go out, I want to have a good time. I don't want to go out and be schooled in the latest trends; I just want to go out and have a good time, and it’s hard to do that these days..i don’t know.. what do you think?
GC: I’m into a lot of different kinds of things. I’m into the new, the old and everything in between, and I always try to keep an open mind, like even if maybe my gut reaction is negative, I still try to keep… well, maybe there’s something wrong with me.
ML: Hahaha, I know…
GC: Well, maybe… 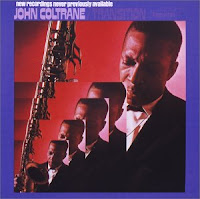 GC:  I have the Nord Electro 3.
ML: Yeah, that's what I have.
GC:  I like the C1. The Nord is great, I’ve been listening to demos of the new Hammond SK1, I’d like to play it just to see…
ML: Yeah, you got to play it because the whole thing is how it feels as much as how it sounds. I hear that the Hammond copied the Nord keyboard this time, so it should be good.
GC: OK! Well, Mike, thank you for your time!
ML: A pleasure!