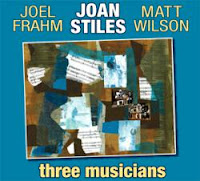 The biggest thing in my life, besides my wife and son, is music. However, I've always had a passion for comedy. (I actually took a stand-up comedy class a few years ago; it was an 8 week class which culminated in a performance at Caroline's in New York.) And yet, I've always had hesitations as to how to mix comedy and music, or whether the two things should mix at all. There are many types of comics, and I like everything from Bill Cosby to Robin Harris to Steven Wright, from Dave Chappelle to Ellen DeGeneres, from Bob Newhart to Chris Rock, and so on. And some people have intentionally mixed comedy and music, like Peter Schickele with his P.D.Q. Bach concept, and certainly Weird Al Yankovic  has figured out a formula for laughs (the most I ever laughed in the 80's was after hearing his "Hooked on Polkas",which was poka versions of all the hit tunes of the 80's. I literally fell on the floor...).


My point is that I think that there are many ways to see comedy as part of music. I think there is a lot of humor in Thelonious Monk's music, even Louis Armstrong's music. Fats Waller, a true musical genius, is more known for things like "Your Feet's Too Big" and "I Want Some Seafood, Mama" than his gorgeous solo piano work. Indeed, the Original Dixieland Jazz Band was more of a novelty than something to be taken seriously; "Livery Stable Blues" is basically an over-emphasis on the "barnyard animal sound" aspect of what was then new music. And certainly, music doesn't have to have obvious jokes in it to be funny, or even fun. You might have a subtle joke in Charlie Parker quoting "Petrouchka", or maybe a bass player might play a glissando which evokes a chuckle. But then there are musicians like Ethan Iverson, or Matt Wilson, or Han Bennink, or Mischa Mengelberg, who are really known for a sense of comedy that isn't a schtick, but more of a playful sense of "let's not take the music too seriously" kind of vibe.

I believe that Joan Stiles' latest CD, "Three Musicians" falls somewhere in the latter category. Certainly, the presence of  drummer Matt Wilson  helps to create that impression. But certainly, Stiles' own approach to the piano has a certain reckless abandon which has a somewhat comic effect. Don't get me wrong; this is not to imply that Stiles lacks skill or doesn't take her music seriously. She is a fantastic player and has a lot of depth in her playing. Still, when I hear the first track, "Everything's Coming Up Roses", the famous Ethel Merman hit, I can't help but get a fun, if not funny, impression of the business at hand. These are three serious musicians who don't take music too seriously, in a good way.

Joel Frahm is one of the baddest tenor players that not enough people have heard of. I used to play occasional gigs with him in the 90's at Augie's in Upper Manhattan(which is now called Smoke). He's got all the technique and all of the inventiveness you would want from a tenor player. He could stand next to tenor players like Joshua Redman and Chris Potter, and they might be intimidated. Check out his bluesy architecture on "West End Boogie", where he uses the complete range of the tenor, and demonstrates total control of his rhythm, and all within a short space of time. This is a cool tune; I actually heard it on the radio soon after I received the CD. It's not pure boogie-woogie; it's actually in 7/4  and uses the low register of the piano and some bluesy passages to sort of allude to boogie-woogie, which is more impressive than actually trying to cop verbatim Meade Lux Lewis. (Did you know that even recently, it was a requirement of pianists auditioning for the Juilliard Jazz program to include a boogie woogie selection? It was also a requirement for auditioning guitarists to double on banjo!)

Certainly the second tune of the CD would illustrate my point easily; it's a hybrid of an obscured "Sunshine Of Your Love" combined with a more overt "My Funny Valentine". Stiles' calls it "In The Sunshine Of My Funny Valentine's Love". The two themes are stirred around in a quirky rubato. Then Stiles' solos alone, stating the time. Wilson joins after 12 bars. Yes, it sounds like they are soloing on a C minor blues form, but then they sort of allude to the bridge of "My Funny Valentine", but then it shifts to something else which I'm not 100 percent sure of whether it is something planned or not. There is so much C minor happening that Frahm can't resist quoting Bach's fugue in Cminor from the Well Tempered Clavier.

"Nutty" is one of those Monk tunes that seems to always inspire silliness. Matt Wilson takes a wonderful drum solo, which has enough comedic twists to keep the unserious spirit, but enough mastery to force you to respect him as one of the great young drummers. The last two CDs I've heard with Wilson, I've really been impressed with the sound and tuning of his drums, especially the snare. It seems to sound good at any volume, whether smacked or brushed. He does an intro on "Bebopicity"which is as good an intro as you would want.

I'm guessing that many writers are going to talk about the lack of bass player as a point of interest. Honestly, I'm not as interested in that aspect of this CD, only because there is so much interplay, creativity, skillful rhythm, and joy here that I don't even notice it. Stiles' holds down the "bass" as much as necessary. As I have said, I'm more interested in talking about what the music "is" rather than what it "isn't". "Three Musicians" is an enjoyable CD that you won't regret downloading from itunes.