Trial By Fire: Episode One

"Pressure creates diamonds", said somebody wise. In other words, a little kick in the ass can help you get to the next level. There's many ways to describe the struggle, the hard work, the day to day , year by year effort it takes to achieve something. Some people are innately driven; others need guidance. And talent is not enough; in fact, talent can be one's worst enemy. I always tell my students that I'm not talented at all, that all that I have achieved came through years of sacrifice and hard work. And the struggle might not end when you think it's supposed to. This is actually a good thing; so many in our society spend their golden years by the pool, driving around in their golf carts, and catching the Early Bird Special at 4 pm. There's nothing wrong with that, but wouldn't you want to spend those golden years creatively? Look at Roy Haynes; he should have by all rights retired years ago, yet he plays the drums with more vim and vigor than my 20 year old students! I saw Hank Jones before he passed away, and he seemed like he was still trying to improve! Isn't that beautiful?

The toughest thing you can do is look at yourself critically. However, this is essential for development as a musician, as well as a human being. And to take criticism in whatever form, even if it's dead-on- the-mark, exactly what you need to hear, is also tough. Believe me, I am extremely sensitive to criticism. But when I think back on my early experiences, I can honestly say that the figurative musical "beatings" I took stay with me to this day. They made me stronger. And this sort of "beating" might take the form of just hearing somebody better than yourself.(I've spoken about seeing Geoffrey Keezer at Bradley's in the 90's; hearing him play piano with his incredible virtuosity one time keep me practicing 4 to 8 hours a day for 3 years.)

But some "whuppings" can be somewhat humiliating at first. Especially if they are on a stage and all eyes are on you, and not for the best reasons.

When I was a resident of Washington D.C., in the early 90's, I was called last minute to sub at Blues Alley with singer Ernestine Anderson. (The original pianist, who will remain nameless, didn't show up to sound check, so I was called) If you don't know Ernestine Anderson, she's a legend; many have compared her to Ella Fitzgerald and Sarah Vaughn, but I think she's actually more bluesy. She's 82, so when I worked with her, she was in her early 60's. She's been recording since the 1950's. I've listened to her older stuff and newer stuff, and I actually think that she has gotten better with age. (She made headlines recently because she had problems with the mortgage on her house in Seattle; apparently, Quincy Jones and others helped her save her home.)

So I drove down to Blues Alley with my tuxedo, to begin a three night stint with Ernestine Anderson. In the rhythm section was the late great Keter Betts on bass and Harold Mann on drums. So most of the group is in their 60's, except for me in my 20's. Clearly, I was a novice compared to everyone else on the stage. I wasn't afraid, but I was a little self conscious being the youngest musician by four decades. Usually, with a singer backed by a piano trio, the pianist plays the Musical Director role, just out of practicality(everyone can see the pianist, the pianist can play intros, etc...). So here I was, an embryo compared to Betts, Mann, and Anderson, trying to basically lead the ensemble. And did I mention that the charts were chicken scratch? I couldn't really read the charts, but I did my best trying to figure out what to play.

The first two night went OK. I was amazed at Anderson's energy, especially for a 60 plus year old; I remember being exhausted by the end of the first set, and it seemed like every successive song gave Anderson more and more stamina. Anderson had a lot of confidence and flair as a performer; at a certain point in the night she would say "This is the part of the show where I take my shoes off!" And the energy would go even higher. 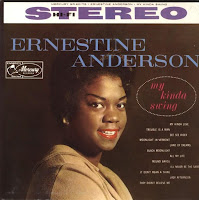 Keter Betts tried to help me; he had played with most of the great vocalists in jazz history. "Now George, don't be playing all that Chick Corea stuff," he advised. "You get in there and play some nice block chords, and comp, and lay in the pocket." I listened and took note. Honestly, I probably wasn't the ideal pianist for the gig.(Maybe I was only pianist they could find that wasn't working that weekend!) But I was enjoying the gig, despite the pressure, and was really impressed with Anderson. Every night, the club was packed, both sets.

The third night, I'll never forget, because I suppose that after three nights of playing a gig, and if everything is going smoothly, then you might start to get a little cocky. You might get a little complacent. I'm never one to get too complacent, but I'm just trying to find the reasons for what happened during the first set of the third night.

We were playing a standard, kind of a medium tempo swing, and it was fine. It's typical, especially with singers, to play a turnaround at the end of a song, as a kind of extension, or even a coda. It can vary in length; sometimes, it can be merely a few bars, other times it can be quite protracted. There are different types of turnarounds, if you know jazz theory. Some are, for example, in the key of C:

It really depend on the song, or what the bass player is playing, etc. So many of the tunes we had played had used a turnaround at the end, with a typical ending, usually directed by yours truly. However, this one particular song, it seemed as though the turnaround I was playing was not what Miss Anderson was wanting to hear. So she would sing, and then listen, and then sing, and then turn to me and say:
"Turnaround!"

And I looked back as if to say,"Miss Anderson, I am playing a turnaround!"

And then she would say it again:

And I looked back again as if to say, "Miss Anderson, this is a turnaround!"

And at a certain point, I panicked. And something in my inner instinct said "Abort! Abort!" And I started to play a very clear, stock ending, figuring that if we wrap it up, then this awkward feeling, of not knowing what's wrong with the turnaround, will surely end, and we can move on to another song.

But it was not to be. Miss Anderson started screaming as loud as she could on the mike: "NO! NO! NO! I'M NOT FINISHED! I"M NOT FINISHED THE SONG!"

Meanwhile, my forced "ending" had actually been picked up by Betts and Mann, but slightly delayed, so that as Anderson was screaming, the rhythm section was still ending the song. That made it look and sound even worse. Meanwhile, I had already gone back to playing a turnaround, which I still was not sure if it was the right turnaround. Clearly, my confidence was eroding by the second....

And then of course, the audience was laughing hysterically, possibly thinking that it was part of the show, or maybe just enjoying the "beating" that I was taking, being the baby on the stage. I felt hot; my tuxedo closed in on me, and very swiftly became a sauna suit.

"NO! YOU DO NOT FINISH THE SONG BEFORE I'M FINISHED WHAT I GOT TO SAY!" declared Miss Anderson. As I pounded away my version of the turnaround, I looked up sheepishly as if to say, "Yes, Miss Anderson, I will play the turnaround until you give me a clear signal, and only then will I attempt to bring this song to a smooth landing..."

I was of course, very embarrassed. However, I look back on that and realize that that one incident, among other incidents, really made me a better musician. I went on to play with many great vocalists, including Cassandra Wilson, Vanessa Rubin, Janis Seigel, Shelia Jordan, Richard Bona, and many others. I think that trial by fire really showed me how focused a pianist has to be when working with singers. You have to develop a symbiosis, a telepathy, a way of communicating through the music and through unspoken cues. It was definitely uncomfortable at the time, but I have a lot of gratitude about the incident. It made me stronger in terms of "rolling with the punches".

And that's why I tell my students to look for situations outside of their comfort zone; if you just lift the same weights week after week, you'll never get stronger. Hence, don't be afraid to try things that you aren't a master of yet, and don't be afraid to fall on your ass. As long as you get back up, you will grow. 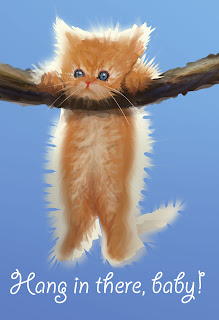