I've been in New York since late April. I've been in town a good portion of the summer, with the exception of a few tours and excursions to other regions. I regret I haven't gotten to make the hang as much as I would like; it's tough with a baby at home. But this week, I went out three nights in a row: I saw Mike LeDonne's organ quartet at Smoke on Tuesday, I saw Simona Premazzi at the Setai on Wednesday, and I saw Matthew Fries Trio at Hillstone Restaurant last night. Fries had a nice band consisting of Paul Gill, a fabulous bassist that I knew from Batimore, and a drummer named Paul Wells, who I discovered was a Facebook friend(although we had never met in person.) After the trio set, Wells said he enjoyed my Facebook posts and my blog. We started talking about the "jazz media" and the state of things, as musicians often do. Wells expressed concern that "the future of professional journalism" was in jeopardy. Not just for jazz, but for all media.

It made me think about why I started this blog. I started it because I think there are so many untold stories in the jazz world, stories that the big magazines never seem to pick up on. I think there are many, not all, but many who write about the music that don't really understand it the way musicians do, yet they seem to have more power and influence than musicians. I think it's wrong that there are musicians who study their whole lives and spend years paying dues and recording their own music using their own money, making music for noble reasons, only to be either ignored, or given lackluster reviews. And then some of the crappiest music imaginable will have heaps of accolades. It just seems wrong to me.

When I think about current music that is celebrated in the media, I think about that song by Usher, brilliantly and succinctly titled "Yeah". I could imagine the review of the song:

The minimalist title and them of this piece, "Yeah", is in essence, an affirmation: a call to the new generation. Usher is making a statement: negativity is wack, positivity is back. Usher walks without fear onto the dance flo', with the grace of a gazelle and the confidence of a Tony Robbins.

The eight-note motif, skillfully orchestrated by using a keyboard and a drum machine, is deliberately not developed and modulated in the manner of the 19th century playas like Beethoven or Brahms. Rather, it is repeated verbatim, unadorned and unadulterated, as if to say, "I have nothing to prove musically....or say musically." It's an incredible show of maturity for this genius of a young artist. Simply, yeah......


Obviously, I'm only one person, so I'm not sure how much effect I can have. I hope I encourage others to blog. Honestly, I feel like in this modern age, we don't need a middle man to tell us what's happening in the music. If Matthiew Fries makes a CD, and writes about it in his blog, or maybe another musician writes about it, wouldn't we rather read that then a review by somebody who has never played an instrument? Never spent 5 hours in a practice room? Never nervously gotten on a bandstand with some heavy cats? Never even been to New York?

I know it sounds like I'm bashing critics. There are some that I like, and I will admit, some of them know a lot more music than I do. But I feel like the jazz media is much like the mainstream press: they just want to make money. So those that already have the hype get more hype. Those with no hype are on their own, unless they have thousands of dollars to pay a publicist or to buy ads. And the cycle continues. 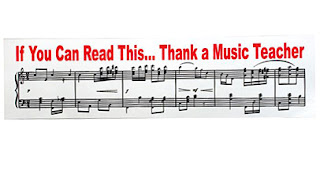 them about the realities of the scene. I think it's better to do that, as opposed to keeping it a secret and then, come graduation day, to say, "good luck finding a gig! Thanks for the 50,000 dollar tuition, though!" I think being truthful upfront can inspire as much as anything.

So one year later, I'm still going. It's still a labor of love. If I had more free time, I would post more. I have a lot of content in the works. If you have any free time, feel free to go back and look at some of the 100+ articles. Hopefully I fixed all the typos(thanks to my unofficial editor in Winnipeg, Jaime Carrasco!) 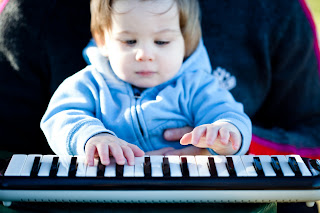