Devin Leonard, a writer for Waxpoetic Magazine, asked be a bunch of questions about my brief but significant tenure in Gary Bartz' band. Leonard said he would edit this, so I'm using the unedited answers as my latest blog.....

I remember very vividly my first exposure to Gary Bartz. It was not on a recording, it was live at the Closet, a great jazz club in Baltimore. It closed pretty soon after I went there. This was 1987, my first year as a trumpet student at Peabody Conservatory. The band was Gary's Baltimore band: Bob Butta on piano, Geoff Harper on bass, and Steve Williams on drums. My friend Alex Norris went to sit in on trumpet. I remember that the way they were playing was the closest that I had ever been to seeing something like the John Coltrane Quartet. Bartz was really stretching out. He would take not one but 2 solos on every song:one at the beginning and one at the end. I was really amazed.

Gary was always playing in the area in those days. He was playing at the New Haven Lounge, or at Twins or The One Step Down in Washington D.C. And I used to go all the time, because I really loved listening to his pianist, Bob Butta. And so this is how I learned how to play with Bartz; by essentially copying everything Butta was doing.

So I guess there was a gig that Bartz was going to do at Twins Lounge in the early 90's, and Butta couldn't make it or he couldn't make one night, or something. And the bass player on the gig, called me to sub on piano. I knew all the songs that Gary called. And I pretty much played like Butta, so I think he was impressed by that. I remember also that Bartz never actually called tunes, he just started playing, and either you knew the tune, or didn't. There were two tunes that he "called" which were real "think on my feet" moments; he started playing the theme song from the movie " Beauty And The Beast." I had seen the movie, so I kind of faked it. I think that impressed Bartz. I think he liked the fact that I would try my best to follow him, no matter where he went musically or harmonically. Also, I remember he started playing "Witchcraft", which I didn't really know, but Bartz played the changes on the saxophone so well that I just listened hard and figured it out. That was a real lesson.


And then in 1995, Bartz called me to join his band. He wanted to do another recording for Atlantic Jazz, which he was signed to at the time. And he was doing a gig at Sweet Basil's in New York. I think I had just moved to New York around this time, so this was a really big deal for me. The band featured James King on bass and Greg Bandy on drums. There was one gig around that time, back in D.C. at the One Step Down, where we had Idris Muhammed on drums. That was the gig where McCoy Tyner showed up! I was terrified! 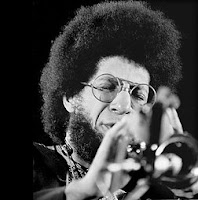 I will say that it always felt easy to play with Bartz. I felt like we had a connection. I would play strong behind him. Sometimes I felt like maybe I was overplaying. But I happened to ask Gary about who he liked on piano. He said he liked Benny Green a lot because "he really lays it down." I tried to do the same from then on.


Bartz has a lot of energy when he plays. He's like the Coltrane of the alto, maybe one of the first people to really do that on the alto. He might be one of the few people that really knows how to take a long solo which has a payoff; he knows how to pace and develop, and build to a real climax. A lot of people play long solos, but Bartz' solos really go somewhere.


Believe it or not, when I played in Bartz' band, he never said much in terms of musical direction. Which I think he learned from Miles Davis. Most of the people I've played with who went through the Miles Davis School don't really say a whole lot. They let the music happen on it's own. But I did absorb a lot just from listening to Bartz play all the time.


Bartz taught me about consistency: He always sounded good, no matter what was going on. He also taught me about taste. He would somehow make things that might be corny in the hands of others and make it really great. He has a sense of that. I remember Bartz would quote really strange tunes, or maybe even corny tunes, but it would always sound tasteful.


Bartz also had a good perspective on the business. Especially after Atlantic Jazz dropped him. He was and is very adamant about owning your own music. That's why his label is called OYO-Own Your Own!


Bartz is kind of an amateur stand up comedian. So he told a lot of jokes and funny stories. He really liked to joke around. He has the delivery of a Richard Pryor. He also told jokes on the bandstand as well. But he can also be very serious. Bartz is very politically aware. Many of his classic albums, especially NTU Troop stuff is very political. Bartz has a lot of social consciousness.


Bartz was oftentimes candid about his drug use. He was "strung out" for many decades. But he is very healthy now. He was a very strict vegetarian for a while, I don't know if he still is.

He had a lot of stories about playing with Miles, with Blakey, with Lee Morgan. It's really a blessing to get to play with older musicians because they put things in perspective. As a young musician, you might say, " Wow, this tune is really awesome, this tune that I'm just learning today." Somebody like Bartz can say, "Yeah I remember when I heard Trane play it in the 60's", you know, things like that.
I worked with Gary for only a few years, from sometime in 1994 to 1996. I did a few things on and off after that, but I really miss playing with him. It was one my first apprenticeships and I am forever grateful for the opportunity.