I was recently asked by a writer in Italy to write something for All About Jazz Italia; he wanted me to write short blurbs about 10 CDs I am currently listening to. This is what I sent him. I figure it's not redundant; maybe this will be the only English version! Anyway, here are 10 CDs that I've been trying to check out, when I'm not singing the Elmo's World song to my son Liam..... 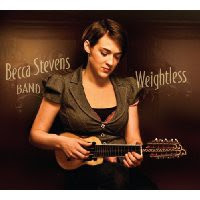 Becca Stevens is a brilliant up-and-coming singer/songwriter. Her influences include many genres of American music, but this album and the previous one, Tea Bye Sea, have her unique stamp, especially her way with lyrics. And the fact that she keeps and develops her band really gives a cohesiveness to the sound.

Carlo De Rosa is a bassist who I wish I could play with more frequently. He's got ridiculous chops on the instrument, but this album shows that he's got a big musical vision as well. Great input from pianist Vijay Iyer, saxophonist Mark Shim, and drummer
Justin Brown.


Jack DeJohnette-The Jack DeJohnette Complex (Milestone Records 1969)
This is one of my current employer's first albums as a leader. It's cool that DeJohnette asked Roy Haynes to fill in on drums while DeJohnette plays the melodica. There is a lot of late 1960's energy on this one. 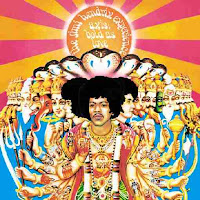 Tyner can do no wrong, in my opinion. The 1970's recordings of McCoy Tyner are super powerful, and at this point, he had really solidified his concept. I used to play "One For Honor" with bassist Charles Fambrough.

I had only listened to Bunky Green once many years ago, but I was aware that many alto players were influenced by him. And now I really see why; he sounds incredible! And Rudresh Mahanthappa is also amazing; this a real alto saxophone summit. 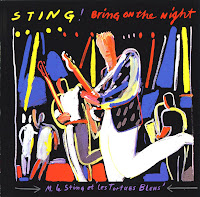 I saw this band live in 1985. I still love some of this music. Kenny Kirkland takes some amazing solos.

Harrell is a genius, and there is some great writing on this CD, wonderful orchestration. "Snow" is a beautiful composition with vocals.

I transcribed Cedar Walton's solo on "The Shadow Of Your Small". And Eddie Harris is super soulful and brilliant on this CD, just a great feel to this recording.

I'm re-investigating this recording; I believe a jazz musician could learn how to improvise from only listening to this recording for 6 months to a year. Everyone takes great solos, and all of these compositions are classics.