My Solo on Come Together 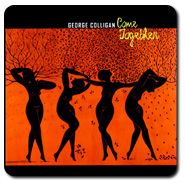 In 2009, I released a CD on Sunnyside called Come Together. The CD was record about a month after a successful tour with a trio featuring bassist Boris Kozlov and drummer Donald Edwards. We felt that the vibe was so good, during the 10 day excursion in Japan, that we HAD to record. Since the CD was released, I've lost track of how it's doing in terms of sales or whatever. But every once in a while, people tell me they hear it on the radio, or that they enjoyed it (some people probably downloaded illegally-hey, whaddya gonna do?). I think most people really like the title track, which is my arrangement of the famous Beatles tune. Most of the rest of the CD is originals, which came out great, but "Come Together" seems to be the standout.

I was surprised when someone sent me a transcription of my entire solo on this track. This person actually hired Andy at jazznote.co.uk to transcribe it. I had never seen my improvisation transcribed; it was kinda freaky, like when you hear your own voice on tape for the first time. I asked Andy if it was ok to present it here in jazztruth, and he agreed.

It's best if you listen along with the track. Fortunately, somebody has posted it on youtube. The chord changes are simple; it's literally a 4 chord tune (Dminor, or D7#9, A7,G7 and then B minor later on). I used a lot of diminished scale ideas on the D7#9, or I might use polytonality; for example, in bar 73, I played a Db sus4 chord in the left hand over D7. Or especially, if you look at bar 147, during the vamp out, where Absus is implied over D7.

I suppose you might say the idea of posting one's own solo is self-serving. Well, I thought it would be interesting, and also, I needed material. I hope you enjoy it, and if you want a PDF copy, please let me know. And be sure to check out Andy's other transcriptions at http//jazznote.co.uk/. 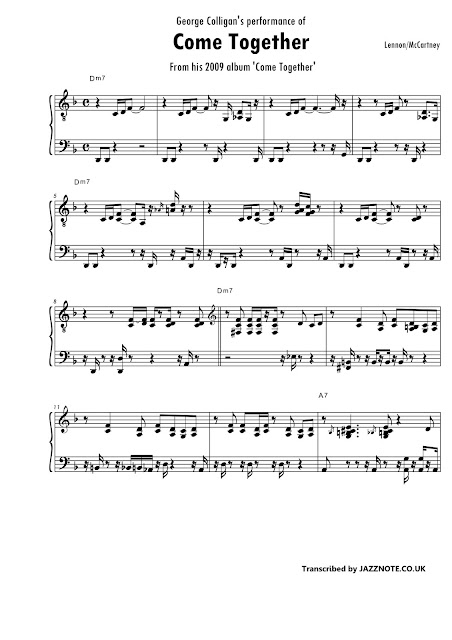 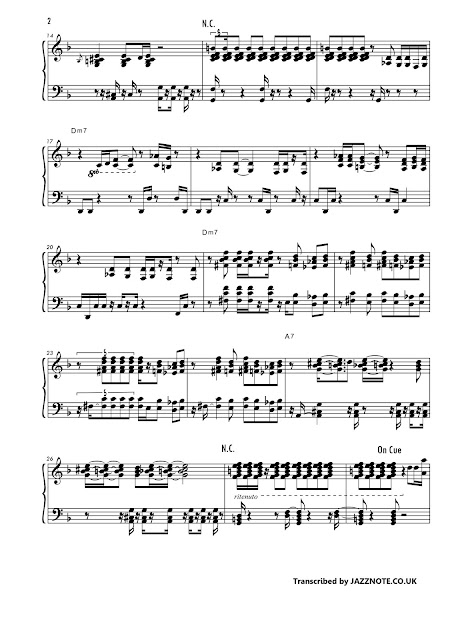 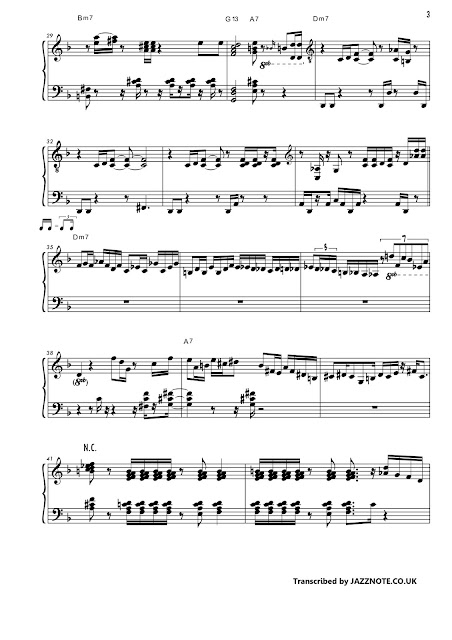 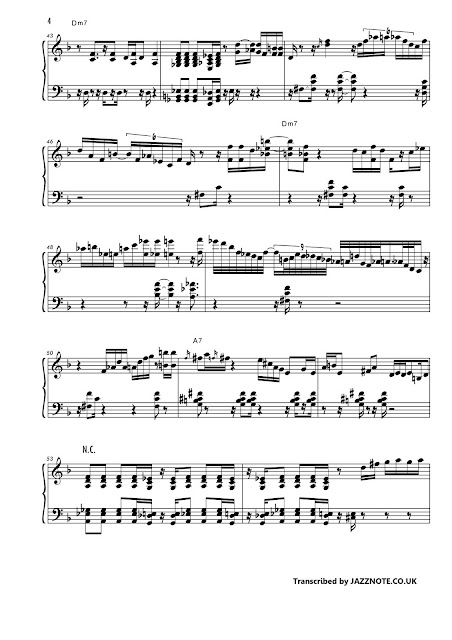 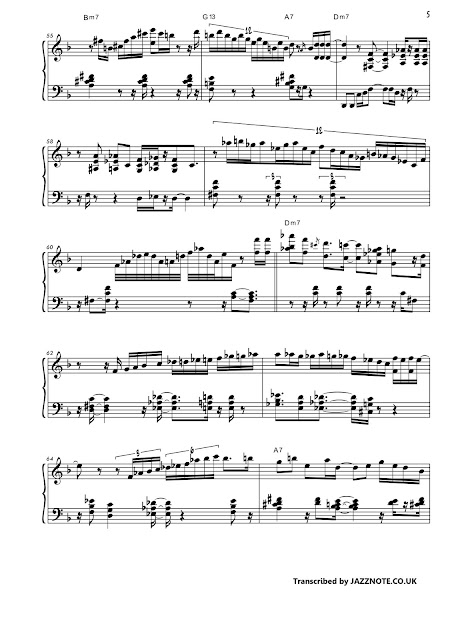 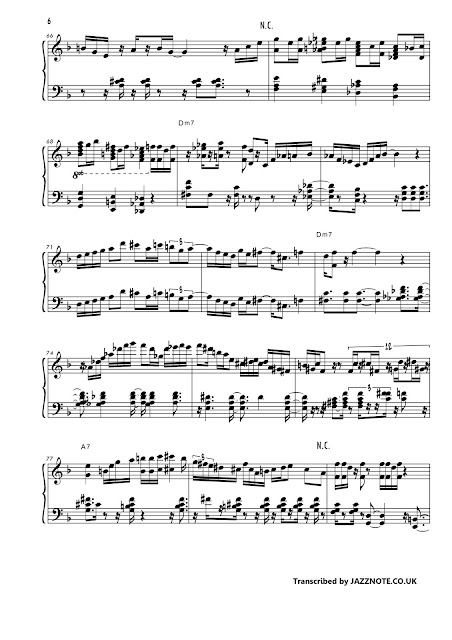 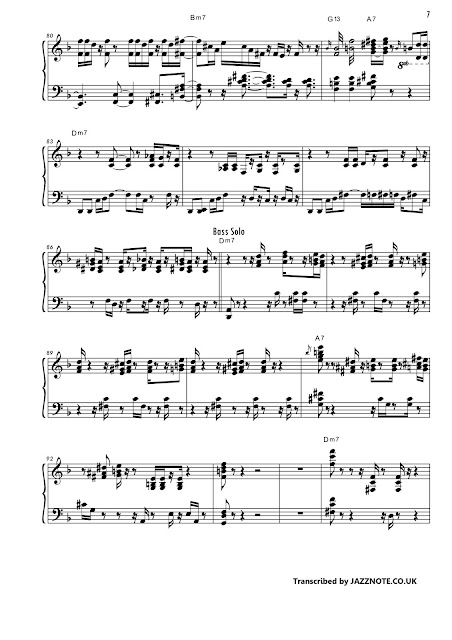 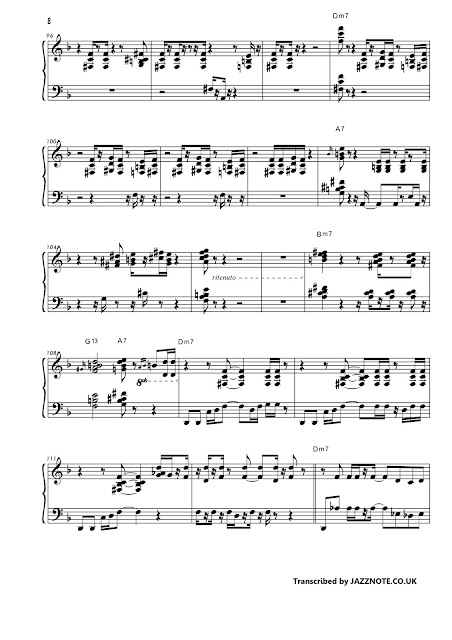 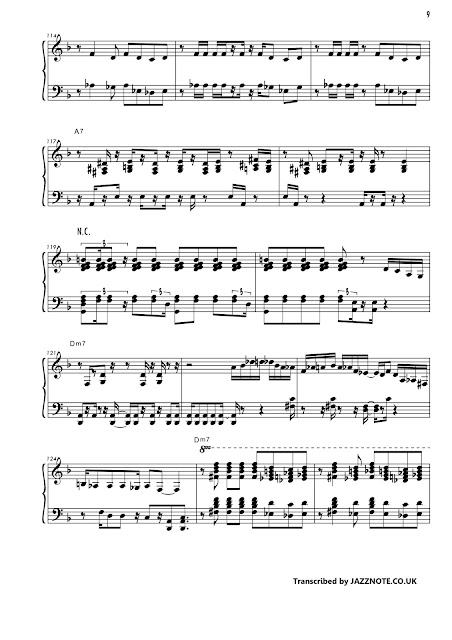 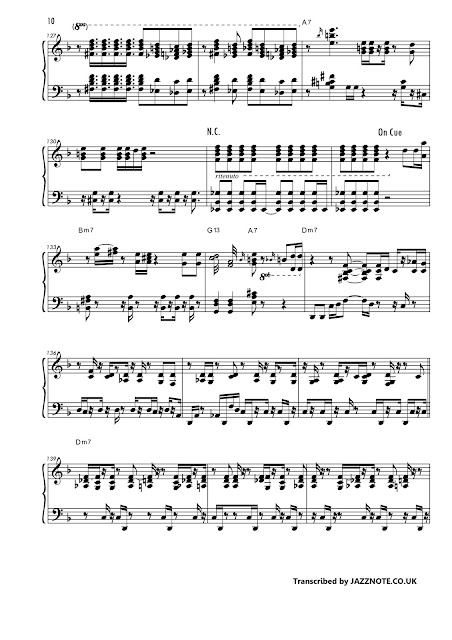 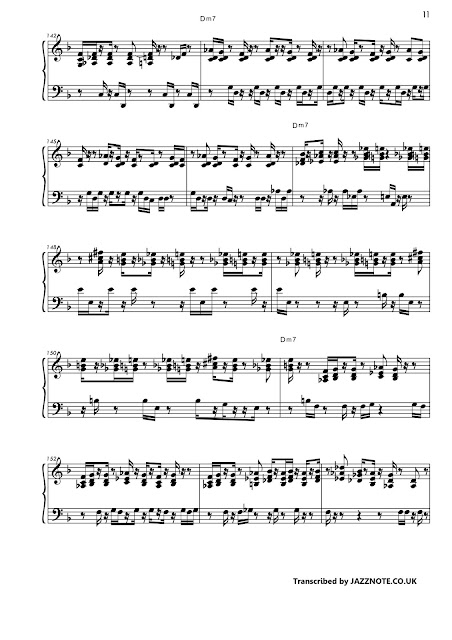 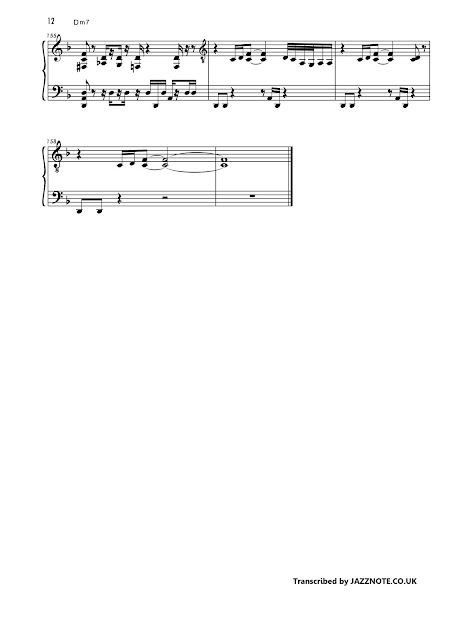