Mainstage: Live Synths With Your Computer

Last year, I did a little tour of Japan. One night at one of the clubs in Tokyo, the great keyboardist and producer George Duke came down to listen; he was in town playing at the Cotton Club. I got to speak with him a bit, and he was talking about his tenure with Frank Zappa's band. Duke described how difficult it was to work with the analog synthesizers of the 1970's, especially live. "Back then, we had no presets, no saved sounds," he confided. " I had to use all the cables and knobs, and try to remember which sounds were for which tune. And then Zappa would give me the evil eye and say 'that's not the sound you had before'...."

Boy, have we come a long way from those days. Now, keyboard players have limitless possibilities, thanks to laptop computers. I've used a Mac laptop for years as a portable synthesizer. (Admittedly, there is always the risk of a laptop crashing. But if you think about it, there is always a risk with any electronics. I've never only used the laptop; I like to have a hardware synth, or at least a Fender Rhodes as a back up.) The application that has been working well for me is something called Mainstage, which comes with Logic Studio. I used to use Logic for my live synths, but Mainstage is really set up for a keyboardist to mold to his or her desires. All you need is a USB controller, a USB cable, and some kind of audio interface( I use the Apogee One, it works really well with Mac) and you are ready to go. (Oh, I almost forgot, you might want to have a foot pedal, because this is something that can help you to hands-freely switch sounds during the gig.) 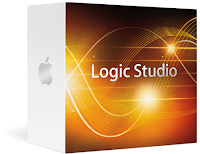 Mainstage is very user friendly. If you already are familiar with Logic, you will have no problems with Mainstage. You can choose a preset template or start with a blank slate and add sounds. Logic comes with tons of great sounds built in and arranged in a very convenient way. On the left side of the virtual interface is the Patch List, where you have all the names of the sounds, and you can add as many sounds as your computer's RAM will allow. In the center is a visual representation of your virtual keyboards, and you can edit parameters here, or below that screen. On the right, you have a sort of virtual mixing board, where you can set the volume, and layer each patch with new sounds, or add effects, such as reverb, chorus, etc....

The editing capabilities are incredible. You can layer, split, transpose, add effects, tweak, and even set the tuning as you like. The ease of editing within the computer is so much easier than on a keyboard. And you can add so many sounds, and create your own much easier. Additionally, you can run audio through Mainstage and use the effects for maybe a real guitar, or a real Rhodes.

I've been using a laptop for synths for many years; I probably first attempted it with Lonnie Plaxico's band. I then started using it regularly for my Mad Science trio; I used it to augment the Hammond B-3, or Nord Electro, which is a much more portable substitute for a real Hammond. Buster Williams asked me to bring my set up many times, and I also used it for a tour with Lenny White's band. I think one of the reasons Jack DeJohnette asked me to join his band was because he wanted me to do some synth stuff.

Now I realize that there are many jazz listeners and musicians who are immediately turned off when you even mention "synthesizer" or even "keyboards". I think it's a shame that so many are so close minded. After all, acoustic instruments are tools invented by man, just like electronic instruments. And furthermore, acoustic instruments can sound terrible in the wrong hands, as I'm sure you can imagine.

I've never shied away from playing keyboards. And to be honest, I've never considered myself very good at it. There are players like Adam Holzman or Scott Kinsey who are really first call for that type of thing. But because I've tried to incorporate it into what I already can do, I think I've gotten some work that I might not have if I only billed myself as a "jazz pianist."

I sort of regret the fact that I missed the 70's and the real analog gear. But the cost and effort to play analog synths in working situations is a huge hassle. The amount of variety I've been able to get out of Mainstage would be impossible in the 70's. I'm hoping to get deeper inside the program and see what new sounds I can create in the future.