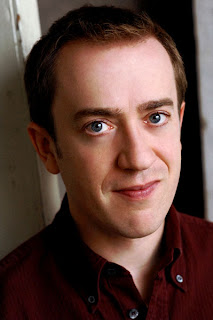 I remember back in the early 90's when I heard pianist Geoffrey Keezer. I had been hearing people talk about him; he joined Art Blakey when he was 17, was sort of a prize pupil of James Williams, had ridiculous technique. But when I actually went to Bradley's in New York's Greenwich Village and heard Keezer up close, it was a staggering revelation. It hit me like a ton of bricks; that this young man from Wisconsin, a year younger than I was ( I was 22 at the time), was playing more piano than anyone I had ever heard, more piano than I could ever have conceived of playing ever in life. It motivated me tremendously, although begrudgingly, since deep down I knew I could never catch up to that kind or prodigiousness. Regardless of this, I was then and forevermore a fan of Geoffrey Keezer. And I spent the the next few years practicing four to eight hours a day.

Keezer, or "Dr. K" as James Williams used to call him, has appeared on numerous recordings as a sideman. Indeed, when looking at his musicianship, one can think about how he started very young, clearly showed talent, and also benefited from the fact that his parents were musicians and music teachers. However, Keezer, despite his talent and youthful head start, spent a great deal of time practicing and listening to recordings, and transcribing from recordings. Furthermore, Keezer paid many dues by living in New York as well as  touring with most of the greats. From Art Blakey to Art Farmer to Benny Golson, Christian McBride to Chris Botti, Ray Brown to Jim Hall- it's amazing to think of how that kind of experience had only added to his arsenal of  musical information. Some of my favorite recordings which feature Keezer are Art Farmer's Soul Eyes, Joe Locke's Live In Seattle, and Christian McBride's Vertical Vision.

But Keezer is a great force as a bandleader and composer as well. His first album is Waiting In Wings. If you can find it, it's quite impressive piano playing for a 17 year old. You can hear shades of McCoy Tyner, Kenny Kirkland, and Mulgrew Miller. I also owned Curveball, Here and Now, Other Spheres, World Music, and Turn Up The Quiet. His latest on Artistshare is entitled Aurea. I really enjoy his solo piano CD entitled Zero One: He does a waltz version of Stevie Wonder's "These Three Words" which is a virtuoso thrill ride. I'm hoping for more solo work from Keezer, since of all the pianists out here, he seems to posses the best tools to pull it off: a ridiculously adept left-hand, total independence between both hands, endless inventiveness, and impeccable rhythm.


Keezer was in Winnipeg recently to perform in the Asper Series with vibraphonist Joe Locke and vocalist Kenny Washington. We were quite fortunate to have Keezer give a master class at the University of Manitoba, which was hailed as a great success by all who were  in attendance. Unfortunately, Joe Locke was unable to perform due to an emergency appendectomy. However, Keezer took up the slack and made the weekend quite memorable for Winnipeg jazz folk: I'm getting the sense that many of the jazz pianists in town are feeling exactly as I did when I first heard Keezer almost 20 years ago...