When I lived in Washington, D.C., there were a number of great pianists on the jazz scene: Ruben Brown, Bob Butta, Wade Beach, Lawrence Wheatley, Peter Edelman, Louis Scherr, and many others. When I left D.C. for New York in 1995, I kept hearing about pianist Allyn Johnson. Not only has Johnson made his mark on the D.C. music scene, but he's also Director of Jazz Studies at the University of The District of Columbia. As a musical force, Johnson is a triple threat in that he's a true jazz musician who comes out of the Church, but also has the academic credentials to help pass the torch to the next generation. Johnson is constantly busy as a sideman, but also has a successful group called Divine Order, which features vocals and combines jazz, gospel, classical, and contemporary music.

Although there are already countless jazz and piano books in circulation, I believe that Professor Johnson's forthcoming and humbly titled volume, "Things That I Practice," stands out as an invaluable tool for budding pianists. Indeed, we all love Mark Levine's "The Jazz Piano Book." David Berkman has a forthcoming harmony book that is very exciting. However, in terms of raw piano technique, Johnson's book is a great addition to, or alternative to, the things that many pianists already seem to gravitate towards(Hanon, Czerny, Burgmuller). American Jazz Piano and it's practitioners have historically dealt with the European tradition of their instrument, arguably more so than other jazz instrumentalists.( Look at the list of Jazz pianists who seriously studied classical music: James P Johnson, Fats Waller, Bud Powell, Oscar Peterson, Herbie Hancock, Bill Evans.......it goes on and on.) However, I am in favor of developing more jazz specific methods of gaining technique. "Things That I Practice" fills that void.

Jazz can include impressive technique, but ultimately, jazz is more about creativity. Johnson agrees. Here is a paragraph from the foreword:

"I've compiled these exercises together in order to inspire and ignite the creative "fire" in my students. Because music is not a sport, but yet a healing art of manipulating sound with regard to time and
space, I believe the best exercises are the ones that spark the imagination of the artist which in turn results in the creation of beautiful MUSIC. You will notice that I have included pieces I have written that began as some of the exercises included. No exercise should be an end unto itself, but 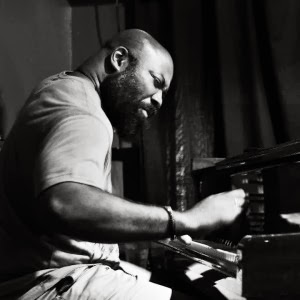 ultimately used as a means to express the MUSIC that lies inside the heart and internal ear of a musician."

Many of the exercises are written in one key, which already means you can spend a lot of time on just moving the exercises into every key(as jazz musicians must be able to do; ask my jazz improv class about it!). The contrary motion exercises include mixing modes in the hands, which already has piqued my interest. Even more interesting are some of the finger independence and rhythm exercises, which already go beyond the traditional "piano technique" books and more into the 20th and 21st century realm. There is a 5ths exercise which is presented over Wayne Shorter's "Footprints" chord progression, which again is about the always important APPLICATION of any idea. I like how some of the chord voicing exercises are presented in a very logical way. The more logical the concept, the easier it is to start to manipulate it on your own.

The more I look through this book, the more I wish I had more time to practice. In fact, I wish I had had this book when I was really practicing ferociously ( 1991 to 1995). There is a cool section which features ostinato patterns in the left hand; it's just something to work on soloing in the right hand. There is another section on patterns, which gives this advice:

You should get into the habit of practicing patterns six ways:


"Things That I Practice" has inspired me to try to find some more piano practice time. Indeed, I would have to go on a sabbatical and go hide out in a cabin in the woods(with a Steinway inside) to really get into everything in this book. You can contact Allyn Johnson through his website to order a copy of your own. I wouldn't be surprised if "Things That I Practice" becomes an integral part of the jazz teaching literature in the near future. 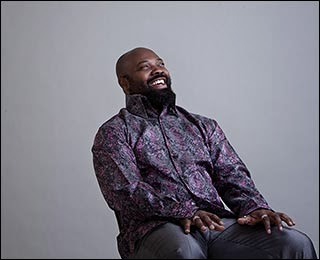