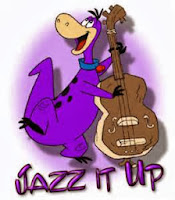 When I first started this blog, I posted an article regarding the misconceptions about where jazz really came from(The REALLY REAL Origins of Jazz). Many readers wrote in with skepticism regarding my assertion that the blues scale was indeed not derived from the work songs of African American slaves , but discovered by a little known doctor and pasta chef from Italy named Antonio Jazzopiccolinodigiornopiazza. Some of the comments were hostile:

" You have no idea what you are talking about! All of this is just completely false!"
" You need to get your facts, straight, Colligan. I can't BELIEVE you teach Jazz History…"
" Your account is past due. Please pay your bill immediately to avoid interruption of service."

Well, the last one was from AT&T. I guess everyone reads my blog! Anyway, I have to admit that after reading a handful of the 1,256 angry emails I received, I decided to go back and review my research. I discovered some major flaws, the biggest being that I was coming off of a 4 day NyQuil high when I wrote that article. It turns out that the most accurate aspect of that article was the date(Friday, August 27, 2010). Well, you can't win them all! I was a bit embarrassed, and I was busy planning my resignation from my prestigious and lucrative post here at jazztruth.  I need to draft my resignation speech. I basically just borrowed most of Nixon's resignation speech. Actually, I sort of blended several of his speeches together. Here's an excerpt:

"People have got to know whether or not their blogger is a crook. Well, I'm not a crook. I've earned everything I've got. Nevertheless, I shall resign the blogspot.com effective at noon tomorrow. Oh, and……regardless of what people say, I'm keeping Checkers."

Luckily, I didn't have to deliver that speech, because new information has come to light. It turns out that jazz is not 100 years old. It's actually millions of years old. Yes, dear reader, paleontologists have discovered that, yes, Dinosaurs were the first creatures to play jazz music. There is startling evidence collected through carbon dating of brand newly unearthed fossils that jazz music was performed by Dinosaurs of all types throughout most of the 165 million year Mezozoic Era, which includes the Triassic, Jurassic, and Cretaceous Periods. We have evidence that the epic battles between Tyrannosaurus Rex, the ferocious king of the carnivores, and Triceratops, the three horned herbivores, were not actually battles of physique but were actually jazz "cutting contests". Yes, these dinosaurs would play primitive percussion instruments, sing, clap their two fingered claws, and strike the rib cage of dinosaur carcasses with smaller bone mallets as if it was a keyboard. During the Triassic period, these jam sessions would usually end up with the weaker players getting eaten. However, scientific research shows that throughout the Jurassic and Cretaceous periods, the jam sessions ended with the dinosaurs who couldn't play the chord changes getting eaten. Jurassic period dinosaur musicians placed emphasis on fast tempos, intricate unison melodies, jarring accents, and complex chord changes, while the jazz of the Cretaceous period saw a return to the roots and more of an emphasis on fewer chord changes and more scale based melodies and improvisations.

All of this information comes from the research of a paleontologist named Fritz Calrisian. Dr. Calrisian has concrete data obtained from fossils, carbon dating, lab analysis, and multiple phone calls to the Psychic Friends Network. Calrisian insists that in the early Mesozoic Era, when all of our continents were connected within one land mass called Pangaea, herds, or "big bands" of dinosaurs travelled around performing "swing" music for other dinosaurs. For millions of years, these "bands" consisted of the same sub species; they were all Stegasaurus, or Dimetridon, or Brachiosaurus. But in later years, "mixed" bands of carnivore and herbivore would travel and perform together. Dr. Calrisian concurs with the notion that there was some kind of "extinction level event" which wiped out the "big bands" of dinosaurs, possibly some kind of comet striking the earth, or some kind of virus, which Calrisian refers to as "Elvispresleyococcus."

Dr. Calrisian is being sued for mail fraud, several parole violations, and for failure to remove leaves from his drainpipe. Nevertheless, his theories, if you believe them, really make us look at the history of jazz quite differently. If you are skeptical, well, that's understandable. Dr. Calrisian got his Doctorate from Vinnie's College of Dinosaurs in Perth Amboy, New Jersey. I called Vinnie' College to inquire about their accreditation, and whomever I talked to told me to "keep my mouth shut if I knew what was good for me." Also, some scientist are now claiming that Calrisian plagiarized most of his work from a paper written by Timmy McGillicuddy, a 12th grader at Rickshaw High School, who wrote the paper while watching "Dancing With the Stars" and eating 4 day old Indian food. 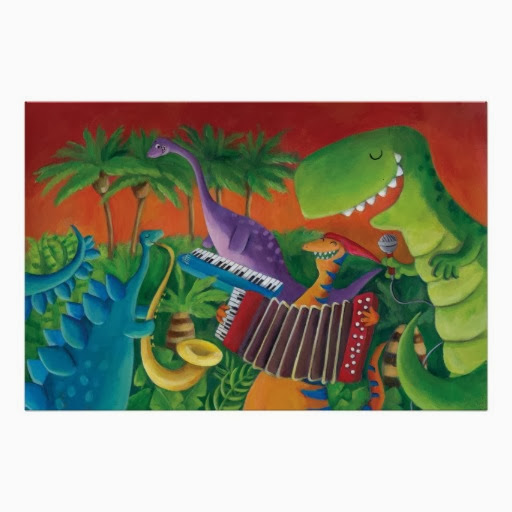