As you might know, I was added to the Jazz faculty of Portland State University in 2011. This fall, we added another new jazz person: Jeff Baker. Mr. Baker is one of the best vocalists on today's jazz scene, and is also an energetic and highly skilled teacher. He's got a great deal of enthusiasm for jazz. We are extremely lucky to have him here in Portland. I scheduled a concert at PSU this Monday night in Lincoln Hall 75 so that we could get to hear Baker and get to know him a little better. I sat down with him to do a short interview, to also get to know about Jeff Baker a little more.

GC: What are some of your earliest memories of music? Are your parents
musical? When did you know that you wanted a life in music?

JB-Music was one of my very favorite things to do growing up.  My parents weren't really musical, but both my grandmothers were.  And we went to shows, and concerts all the time as a family.  I sang in church choir, took Yamaha piano classes, went to music camps, etc.  But I also really enjoyed playing sports (although I wasn't as good at them) ha!  It wasn't until I was 16 years old, standing on stage at the Lionel Hampton Jazz Festival as the winner of the Festival Solo Competition that I really realized that music, and more specifically jazz was what I wanted to do in life!  I remember everything about that experience.  Elvin Jones was playing drums in the All Star band, grinning at me the whole time.  I botched the bridge to 'I'm Beginning to see the Light',  and I was using a diamond shaped AKG microphone.  I'll never forget that 5 minutes as long as I live.


GC: Who are your biggest musical inspirations? Are you influenced by
instrumentalists as well as vocalists? 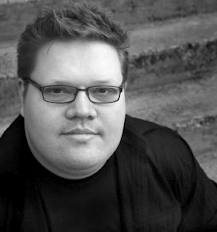 JB-Actually, it was a couple years before I even became aware that you could SING jazz.  I'd gotten a hold of this Dizzy Gillespie album I think it was either 'Live at the Vanguard' or 'Birk's Works' from like 1957.  And I listened to it, and thought that music was completely amazing.  I taught myself to sing those lines, kind of transcribing I suppose, but not exactly?  It wasn't till a couple years later I heard vocalist singing that same stuff.  I was so excited!  But even then, I gravitated towards singers like Chet Baker, Who had a much stronger instrumental sensibility to their singing.
I also had the incredible joy in life to meet, perform with, and know the late Gene Harris.  He was an amazing man, and an incredibly generous musician.  I don't know very many artists that can make people FEEL as good as he could playing the piano.  Ive listened to the Ray Brown Trio records with Gene playing piano as much as any single recording I own!
In terms of singers, I've always been drawn towards specific characteristics of a singers style, and not necessarily what genre they're performing.  Eva Cassidy, Joni Mitchell, Mark Murphy, Betty Carter, Johnny Hartman, and of course Portland's treasure Ms. Nancy King are my Mt. Rushmore of vocalists.

GC: How does Boise, Idaho compare to Portland? In terms of the jazz
scene or anything else? 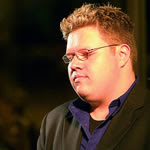 JB-Portland is an city that's alive in way very few other places I've been can match.  There's a unique energy and sense of community here that I've never seen.  Boise is an amazing place!  I love my hometown, and always will.  as far as the scene in Boise, there were a handful of players as I was growing up, guys who ended up there for one reason or another who set a great example to younger musicians of taking care of the music.  Honoring the craft.  Some are even still around the area, like my friend Saxophonist Brent Jensen.  the guy is a world class musician, who just happens to live in Idaho.  But in Portland, there are SO MANY extremely talented, and uniquely compelling artistic voices.  In the span of a week earlier this fall, without walking more than one mile from my house, I was able to go see and hear YOU (George Colligan) Randy Porter, Tom Wakeling, Nancy King, Steve Christopherson, Jason Palmer, Ezra Weiss, John Nastos, David Valdez, Todd Straight, and on and on and on!  I started on a Saturday, went almost every night, and heard amazing music, after amazing music.  Night after night!  And I don't even have the time to list all the other cats that are SO killing!  My point is, it isn't like this everywhere.  The Darrell Grant's of the world don't live in every town!  Don't perform in every town.  These guys are in Portland.

GC: What are some of your philosophies as a jazz educator? What do you
think  are your strengths as an educator? Did you always have an
interest in teaching?

JB-My main philosophy about teaching really has to do with helping young artists to realize that learning is a forever kind of thing.  It doesn't have an end point.  Doesn't have a moment of 'oh, I'm finished.'  Learning doesn't resolve.  Life doesn't resolve.  Jazz doesn't resolve.  They EVOLVE, move, change, and grow.  So we have to understand exactly what moment were in!  Why it's important.  Why the information, or concept, or lesson I'm dealing with matters.  It's not to pass a test, or get a certain grade.  Its to prevent us from standing still.  From being stagnant.  Learning allows us to stay in the continuum.  To grow and adapt with what's around us.  And jazz is SO important, MUSIC is so important because as we're moving through life, as humans we need  a way to express what were feeling and seeing!  We take in all this stuff, information, knowledge, emotions, etc.  that stuff has to go somewhere!  It has to come out using our perspective, through our creative expression.  So....to put it more simply, I know that by teaching someone how to do something new, or about something new, I've given them a new way to express their own perspective.  I've given them another tool, another color in their palette.

GC: What are your biggest accomplishments as an educator? As a performer?

JB-I've been extremely blessed to work with and mentor some incredible young artists.  Many of them are all over the country, working on their craft, and expanding their skill set.  I'm always so proud when their new professors and teachers contact me to tell me how incredible my students are, and how they are uniquely dedicated and devoted to serving the music, and the people around them.  To me, that's what this life's all about.
I was also humbled to have two of my students named as the Downbeat Magazine High School Vocalists of the Year in 2010 and again in 2012!  Additionally, vocal jazz ensembles under my direction were three time finalists at the Monterey Jazz Festival Next Generation Competition, were invited to perform at the Montreux Jazz Festival in 2011, and were three time Downbeat Award Winners, being named the Outstanding High Vocal Jazz Ensemble in 2012.
As a performer, I've played festivals and clubs throughout the U.S. and toured Central Europe and South Africa.  I've shared Festival billing with renowned jazz artists like Kenny Werner, the Yellow Jackets, Mose Allison, Bobby Hutcherson, Henry Butler, Gene Harris, Joe LaBarbera and many others.


GC: What should we expect at the concert this Monday?

JB-You tell me!?  It's your gig, George!  Just kidding.  I've always taken The approach of trying to honor this music in whatever artistic choices I make.  I really enjoy taking beautiful songs, many if which that have been around for a very long time, and introducing them into a new musical context.  Hopefully listeners Monday night will be treated to a unique musical perspective, and come away having been reintroduced to some of jazz musics best repertoire in ways they hadn't thought possible.  Who knows maybe I'll even give people a new 'favorite version' of a song they'd heard 100 times before?!.  That'd be very cool!