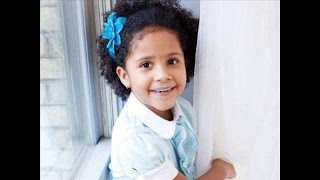 I'm still reeling over the tragedy in Newtown, Connecticut last week. Gun violence in the United States is something to which we have become disgracefully desensitized. However, when a troubled young man brings military grade weapons and ammunition into an elementary school and senselessly murders 26 people, 20 of whom were young children, it rouses an oftentimes indifferent populace into outrage and collective sorrow.

I admit that a shooting incident close to my home in Portland a few days earlier didn't phase me all that much; we had been about a year before to that Clackamas Mall where a young man opened fire in a Macy's store. The difference between that and the Newtown incident was that, in the latter, I actually knew one of the fallen children; she was Ana Grace Marquez-Greene, the daughter of well respected jazz saxophonist Jimmy Greene. Our family and the Greene family became very close during our two years as colleagues at the University of Manitoba in Winnipeg, Canada.

Ana was a bright, sweet young girl. My wife and I were always impressed with Ana and her older brother Isaiah, and how smart, polite, and well behaved they were(although they were older, they seemed very different from our rambunctious toddler). Kerry spent a lot more time with Jimmy's wife Nelba Marquez-Greene and their kids; she would sing her made up "kid songs" and Ana and Isaiah had apparently memorized them. It was helpful to have some fellow ex-pats to share the challenges of teaching music, raising kids, and living in a different country.

As my readers already know, I and my family left Winnipeg in 2011 for Portland, Oregon. The Greene family stayed another year; this year, Jimmy Greene got a new job at Western Connecticut State University. We were happy for the Greene family to finally be able to return to their home state; it seemed as though they were on a great new chapter in their lives.

Jimmy and Nelba are indeed more devoted to their family than anyone I can think of. Indeed, Jimmy is the perfect example of the family man. Plus, he's overall one of the nicest people you'll ever meet in your entire life. Incidentally, if you haven't heard his music, he's one of the baddest saxophonists on the planet. It was indeed an honor to be able to share the bandstand with Jimmy on a regular basis for two years.(I don't think I can play the Theolonious Monk composition "Eronel" without thinking about how much bad stuff Jimmy used to play on it every week at the Wednesday Night Hang in Winnipeg.)

When we heard about the shooting in Connecticut, we thought that the Greene family had moved to Danbury, so we figured they wouldn't be anywhere near Newtown. When I saw Nelba's Facebook post regarding Ana, I was shocked. I'm still shocked. It doesn't seem real. I was sad not just because of Ana's needless death, but I of course thought of my son. And I thought about how Jimmy and Nelba, and Isaiah must be feeling. They are devout Christians, and I believe their faith makes them better equipped than many to cope with such a difficult experience. I don't know what I would do if I lost my son that way. I don't know if I could handle it at all.

I was sad, but then I was angry; I was angry because this should not have happened. No one should have these assault weapons in their home. Sadly, the mother of the shooter owned all of these firearms legally, the firearms which her own troubled son used to kill her. She was described as a "gun enthusiast." I don't understand why "gun enthusiasm" is considered a legitimate hobby in this country. Some things are illegal for a reason. Murder is illegal. So is rape. So is robbery. No one who holds up the local bank is every spoken of as a "robbery enthusiast." They are called a "thief."

I'm angry, but I'm also concerned. I think about my son, Liam. If the laws don't change, he might have to be home schooled. And no more shopping at malls, and no more going to movie theaters. I'm partially being facetious, but only partially. Who knows how many gun toting maniacs are waiting for their chance to go out in a blaze of glory? It's really troubling that even after a tragedy like this, there will be those who will insist that we should not take away our right to stockpile AK 47s for, what? Hunting? Spare me.

The ray of hope is that little Ana's death, while tragic, might actually be what turns the tide against the madness of the gun situation. The public outrage is so loud that change might be right around the corner. Senator Mark Warner, a NRA supporter, says that "enough is enough." President Obama has pledged to do whatever he can to change the laws. Many stores which have sold semi automatic weapons have announced that they are no longer selling them.  It's sad that so many have had to die over the past few decades, but maybe we are finally seeing the straw that broke the camel's back.

If you are hanging out on Facebook or reading the news, this has become a national discussion; the tragedy of the deaths of children and teachers, and how to prevent it in the future, is what seemingly everyone is talking about.(Note to anybody who says the teachers need to be armed:that's stupid...)My wife and I were crushed to hear about Ana's death. It's made me think about what's important in life. It's made me question whether I can do more to help the greater good. I may be outspoken,  but what can I actually do to make a difference? Some say music can be a healing force. Sure, but maybe we need to do more. Signing petitions, calling our representatives, and taking it to the streets might be better.

One thing we might want to do is donate to a good cause. There are groups which are essentially the opposite of the NRA:

I, and those of you who answered my Facebook poll, agree that the NRA is more detrimental to our safety than Al Queda. Look at how our country changed after 9-11. With gun deaths becoming more common than deaths by car accident, isn't it time we acted?

My New Year's resolution is to do my part to not let Ana Grace Marquez-Greene's death be in vain. She was everything to her family. maybe she'll be a hero for all of us. 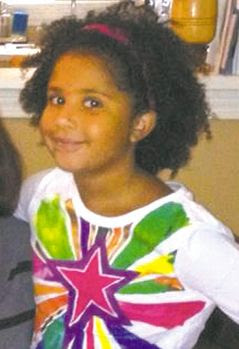