A Short Story About Harold Mabern

When I was in living in Washington D.C. in the early 90's, I attended performances at a great jazz club called the One Step Down. I saw many New York greats such as Mulgrew Miller, Joe Lovano, Marc Copeland, Tom Harrell, James Williams, Steve Wilson, etc... I also saw many local greats such as Rueben Brown, Bob Butta, Lawrence Wheatley, and Shirley Horn(although at that point she was internationally recognized). It was THE jazz club in D.C., besides Blues Alley and Twins, which also had their merits. But the One Step was the REAL jazz club to me. I ended up playing there many times over the years before they closed in the late 90's. But I had many wonderful experiences there. 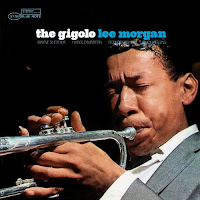 I remember I went down to the One Step Down to hear the great pianist Harold Mabern with his trio. If you don't know Mabern, he's part of the Memphis piano clique( which includes James Williams, Donald Brown, Mulgrew Miller, and for some reason, Geoffrey Keezer, who is actually from Wisconsin!). He worked over the years with many of the greats, including Miles Davis, albeit briefly. You might know him from Lee Morgan's albums Live At The Lighthouse and The Gigolo. He's a giant of a man: his hands on the piano have a span of almost an octave and a half! His style is a mixture of many traditional elements like bop, stride, and gospel, but he can pound in a McCoy Tyner-ish fashion with the best of them. (I've seen the piano shake when Mabern is playing.)

The legend is that Mabern knows at least 5,000 tunes. Yes, jazz students. 5000 tunes. Deal with it. He's forgotten more tunes than you'll ever learn in your life. Well, I can't prove that, but my point is the man knows a lot of music. I heard him do a modern rendition of Steely Dan's "Do It Again" that was, to me, a revelation. He also recorded a great version of Stevie Wonder's "Don't You Worry 'Bout a Thing". I'm saying that he knows tunes from all different kinds of genres.

The few times I've met Mabern over the years, I found him to be friendly, and very down to earth. He's been teaching at William Paterson University for many years. He seemed like a natural born educator: someone who is passionate and knowledgeable about the music. But very honest and straightforward. ( For example, I remember I saw him lead a jam session at the Musician's Union when I first moved to New York. On one tune, the drummer was not up to snuff. Mabern said aloud:" Now, let's get serious: I took a bus and three trains from Brooklyn to get here, so can we get a REAL drummer up here. I mean, somebody that can REALLY play?) 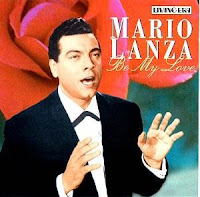 What a fondly remember about this experience at the One Step Down was that Mabern played a wonderful version of the Sammy Cahn classic entitled " Be My Love." You might know it from legendary tenor Mario Lanza's famous version. Well, Mabern's version was wonderful. He added a kind of pedal point interlude to the piece that was quite inspirational. I wasn't familiar with the tune at the time, but I was curious.

That was the last tune of the night. The One Step Down was usually a three set gig, so this was after three 1 hour sets. As the audience was paying their tabs and filing out of the club, I felt the need to approach Mabern and ask him some questions. I tried not to be annoying.

I asked Mabern about the last tune he had played, and when he told me it was " Be My Love", I said, "Wow, I really want to learn this tune." So Mabern said, "Oh, OK, I'll write out a chart for you right now."

I assumed he was joking. It was 2 in the morning, he had just played three sets of trio, and was dripping with sweat. I said, " Oh, no, you don't have to do that." But he was already writing on manuscript paper. And he sat there for 15 minutes and made me a chart of " Be My Love." I was floored at his generosity, not to mention his stamina. So he finished the chart and gave it to me and was very nonchalant about the whole thing. He didn't want money or anything. He just seemed to want to impart knowledge. 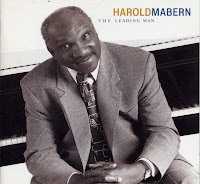 I think about that story now when I teach. While I don't have the depth of his experience, or even that kind of energy, I try to be as generous as I can with what I know. I've written out chords for my students at jam sessions. I've given free lessons to people who couldn't afford it, or who seemed to really need some help. Much of that attitude comes from that experience I had that night at the One Step Down, when Harold Mabern, who could have easily shrugged me off, sat down and wrote me a very detailed chart on "Be My Love."