Kerry Politzer is one of my favorite musicians, period. (Yeah, she's my wife, you gotta problem wit dat?No, I see the potential conflict of interest, but hey, it's all about who you know, right?)

Seriously, Politzer is one of the most underrated musicians around. She has five amazing CDs to her name. She is a truly gifted jazz pianist and composer; however, a few years back, she whimsically decided to become a singer/songwriter, and within a few months had material(which ended up on her album You Took Me In ) which would take some artists a lifetime to develop. Her most recent album is called Blue and Blue, and features Politzer's brilliant originals, as well as some brilliant saxophone playing from Donny McCaslin. She's been on hiatus a bit since the birth of our son, but she's slowly coming back. She did some performances in Winnipeg earlier this year, and in a week or so, we are performing a Colligan/Politzer double bill at Cornelia St Cafe in New York.

I thought an interview with her might be a good promotion for the gig.


KP: My mother used to play clarinet, accordion, and piano, and my maternal grandfather played violin, saxophone, and clarinet. So, the musical gene was probably passed down that way. I first started piddling around with a toy piano when I was three, and started writing little songs. My parents put me in group music lessons when I was four, and when I was eight I started with classical piano lessons. For high school, I went away to the North Carolina School of the Arts, where I remember hearing some jazz a few times, but it was at the New England Conservatory of Music where I really got hooked on jazz. I just couldn't see myself highlighting each voice of a Bach fugue with a different color marker and practicing passages eight hours a day, which I think you have to do to be a serious classical player. Also, I used to suffer from tendinitis (the Feldenkrais technique fixed this), and I had to stop playing the piano for a few months. During this time I started transcribing jazz solos and doing jazz ear-training in order to be able to hear the alterations.

GC: You studied extensively with Charlie Banacos. Banacos was considered a guru by many renowned musicians. How did his teaching influence your music? What kinds of things did he teach you?


KP: I owe almost all of my jazz musical development to Charlie and miss him terribly. He was deeply spiritual about music and couldn't help but communicate his positivity and enthusiasm for life in every interaction you would have with him. He had a way of making you feel like you could shoot for the moon. I waited to study with him for a year and a half, and I was terrified at my first lesson, because I'd heard a rumor that he would choose to accept me or not. So, I played my Wynton Kelly and Thelonious Monk transcriptions, then soloed a little. He told me that I was playing a lot of licks, which was absolutely true. We started out with a lot of writing exercises. I wrote 12 long lines a week and also started writing compositions. He also had me transcribe different artists every week and play along with the transcriptions. He wanted me to learn the vocabulary of a lot of different musicians so that I wouldn't start just mimicking one. He had really interesting reasons for choosing the artists; for example, he wanted me to learn Lee Morgan's "shout quality."

Honestly, I think about Charlie whenever I sit down at the piano. When I play a hotel gig, I think about how he said that I should be able to solo over anything and make it sound good, even a tune like Killing Me Softly, which he had me work on. Of course, we also worked on jazz tunes like Upper Manhattan Medical Group and Lament. He once had me transcribe both a McCoy Tuner and a Herbie Hancock solo from There Is No Greater Love, so I could see the difference in their thinking.

GC: How did you develop your ears? What would you say to a young student who is frustrated with transcribing solos?


KP: I first developed my ears listening to tapes of different jazz chords at New England Conservatory; the department head at the time, Hankus Netsky, had recorded all the different chords and put them in the library. Then I studied with Bevan Manson and John McNeil, and I started doing transcriptions of people like Sonny Stitt, Hank Jones, Red Garland, Wynton Kelly, and some solo work of Thelonious Monk (I was really proud of transcribing "Round Midnight"). To a young student who is frustrated, I would suggest starting with shorter passages and older, more "inside" jazz solos. Take it one measure at a time. Playing along with transcriptions is really important, to get the feel of the player. This is how I learned to swing, as I had no clue before. 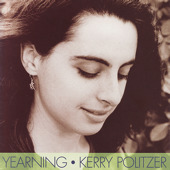 GC: How do you approach composition? Where do you get your ideas?


KP: I either start by hearing chords and a melody together, or just hearing a melody, or just noodling around with some chords that sound good to me. Harmony really excites me, which is why I like listening to compositions by Richie Beirach and Kurt Rosenwinkel, and you, of course. :-) Lately I've been having fun with trying to write multiple parts, because I used to just write lead sheets. Also, although I haven't written any Brazilian tunes in a while, I used to like to play a Brazilian rhythm, find some chords that appealed to me, and write melodies over the rhythms.

GC: What made you interested in becoming a singer/songwriter?


KP: I guess there are many factors. Singer-songwriter music is so immediately accessible to the listener, and there are so many ways to approach the singer-songwriter genre. There's just so much good music out there with lyrics. I took a year of SongHall writing workshops with Lorraine Ferro, and that was a lot of fun.


GC: What do you think your next album will be? What are your long term musical goals?


KP: I'd like to do an album of the newer jazz tunes with multiple parts, and I'd also like to do another singer-songwriter album that is more cohesive than the last one, which was really a mishmash of genres. I'd like to have a more consistent sound and instrumentation. This isn't to say that I don't want to continue making a lot of different kinds of music.
http://www.kerrypolitzer.com/ 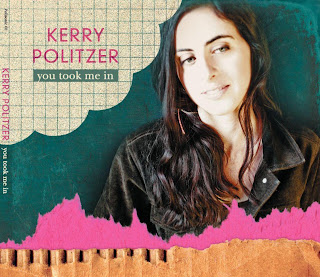