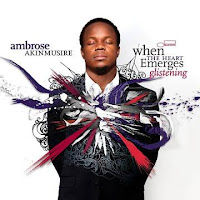 The trumpet, as great a jazz instrument as it is thought to be, can actually be very unmusical. The technical and physical requirements for sounding good on the trumpet can become an end in itself. Some trumpeters get so caught up in range exercises, technical studies, and long tones, that they forget why they play the trumpet in the first place: TO MAKE MUSIC! Even the best, most musical trumpet players, have to address these things. The lip and face muscles and flesh are very delicate. (This is why Freddie Hubbard couldn't play for the last 15 years of his career: for so many years, he had a natural ability to pick up the horn with no warm up and wail as hard as he could. Well, one day, his "chops" said, "Freddie, we've had enough."

And this has actually happened to a lot of trumpeters, famous and not. Which is why trumpeters who are smart will address the important yet non musical aspects of the trumpet. However...when I hear music, I want to hear MUSIC, not TRUMPET. Just like any other instrument. (Maybe this is why I ended up playing piano. I worked hard on trumpet technique. There was never any time for MUSIC!)

When I was listening to Ambrose Akinmusire's When The Heart Emerges(Blue Note), this was my first thought. The whole album is so dang musical! There is a concept that comes through from the first note to the last. Akinmusire has a beautifully, dark, modern tone, and can seemingly do anything he wants on the horn. And there are so many great ideas and grooves and moods on this CD: there are no "trumpet jock" moments or "I've got something to prove" events. It's very mature for such a young player. 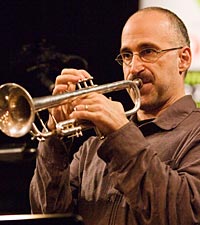 Akinmusire's playing reminds me of one of my all time favorite trumpeters: Ralph Alessi.  Alessi actually has influenced a lot of players: some of them were his students at the Eastman School of Music, or perhaps from Alessi's Center for Improvisational Music. I'm guessing that maybe there's a connection because both Alessi and Akinmusire were members of Steve Coleman's band. I've been known to be wring when I try to guess people's influences, but I hear Alessi, as well as some more obvious influences, like Terence Blanchard, or Wallace Roney. But everything I've just said is not that important, because Akinmusire pretty much has his own sound.

"Confessions To My Unborn Daughter" begins the album with solo trumpet. Pianist Gerald Clayton times his entrance perfectly and beautifully.  Bassist Harish Ragahvan and drummer Justin Brown come in with some surprising drama. Tenor Saxophonist Walter Smith plays some inventive, post-Mark Turner lines with great confidence. ( I think I hear somebody on the CD during Smith's solo go " Wooo!". It reminds me of the Art Blakey recording Free For All, where on the title track, during Wayne Shorter's incredibly inspired solo, somebody is audible on the tape "woooing" with encouragement.)

"Jaya" is a mixed meter labyrinth of rhythm and harmony. Impressive and musical solos are traded by Akinmusire and Smith. Akinmusire almost out-does Smith, which is rare, because of the limitations of the trumpet. (I always feel like tenor players are playing the hippest stuff. That's what they tend to do.)
Justin Brown drops some drum things at the end of this tune that range from Ralph Peterson to Daniel Weiss.

"My Name Is Oscar" is a hip spoken word/drum feature which refers to Oscar Grant, a young black man recently shot and killed by a white policeman in the BART train station in Oakland. I always like to see jazz musicians bring political statements back into fashion. I think many in the jazz biz these days are too afraid of offending people. Akinmusire is obviously not. Jazz is inexorably linked to politics: Mingus, Max Roach, Trane, even Louis Armstrong eventually spoke out against oppression and discrimination.

When The Heart Emerges Glistening has everything a serious jazz listener needs. It's a really "modern" CD. Although, if you are suspiciously looking for more tradition, check out "What's New", where Akinmusire almost out "Wyntons" Wynton Marsalis on an old fashioned version of this standard. Congratulations to Akinmusire for a damn-near perfect debut for Blue Note.

And if you don't believe that the trumpet can be unmusical, do a search for "Double C" on Youtube. Let me know how it turns out..... 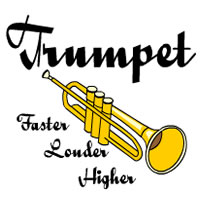