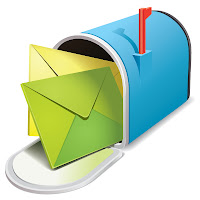 In my last post, I answered a question regarding jazz vocabulary. I related jazz vocabulary to spoken language; we have to learn one word or phrase at a time, and there is a process between the initial learning and the fluency with each word or phrase. Eventually, put a bunch of words, or in the case of jazz, "licks" together, and you are "speaking the language." Furthermore, there is another level: "Fluency" is one thing, being really creative is an even higher level. How many of us can write compelling fiction or poetry in a second or third language? In this way, we have to not only have a worthy number of ideas, we have to be able to be creative and spontaneous and relevant while we play. But initially, we have to be patient as we develop our vocabulary.

The previous post was sparked by Nanaimo based guitarist Alexis Deighton Harrison. Her question might imply that she is a beginner, but Harrison can already play quite well; she sat in with my trio at The Cellar in Vancouver earlier this year. In regards to my analogy, Harrison wanted further clarification:

Comparing it to languages makes a lot of sense. I guess what I am still wondering is, does it ever make sense to sit down and say, "today, I will learn a " third up" pattern, followed by a "third down" pattern, in G major up to 200 beats per minute "? Or will that always be comparable to trying to memorize vast vocabulary lists without any context?

This was my response:

The problem is the context IS lost when you just take patterns out of a book. The best place to get patterns from is RECORDINGS! This is the way the masters developed vocabulary-from recordings and being around the music 24-7. Also, many of the greats-Coleman Hawkins, Bud Powell, Clifford Brown-studied either classical music or traditional "classical" method books. The point is to take ideas from everywhere. And these guys knew lots of melodies. Melodies become melodic ideas, which can be used to improvise with.

Regardless, whether you are given patterns to work on by your teacher or you take from recordings or wherever- in the initial stages it's always going to be abstract and boring. Scales and all of this stuff is not music. Music is the total package. YOU are always the one that has to add the creativity. But we need stuff WITH WHICH TO CREATE.

Have you ever tried to conjugate verbs in another language? French? Spanish? It's really hard, boring, and ultimately abstract because if you aren't a native speaker, those sounds and words don't really MEAN anything to you. However, this is why immersion programs, or actually going to France or Spain really makes a difference, because then , being thrown in the thick of it and always HEARING the context, it happens more naturally.

My son , almost 3, has learned how to speak from hearing my wife and I talk, plus Caillou, Bob The Builder, and Wibbly Pig TV shows. He really can talk and uses past tense, imperative. It's funny because he hears patterns and tries to make up different rules. He invents verbs. "Let's TRAIN" to him means, "Let's play with trains." "Let's FOOD" means let's eat. It's wrong, but he's trying to see the pattern.

Yeah, I definitely see your point. I learned Dutch as a second language on an exchange trip by simply being as conversational as possible, watching their TV shows, and reading a lot. I see now that I have probably been too abstract with the jazz vocabulary"grammar" I have been learning lately and that's why it isn't working as I would like. Hopefully those patterns that I learned but am not finding in my solos will come in helpful later down the road...thanks so much!

I am constantly question my explanations and teaching philosophy for the simple reason that I want it to be useful. If it isn't working, then students and musicians heeding my advice aren't advancing. I am always looking for constructive feedback. And I got some on my facebook page.(I had to shut off comments on this page because of a certain someone who made some nasty comments about my family. Maybe I'll be able to turn it back on soon.) A bunch of knowledgeable musicians chimed in:

You know, that's a lot of truth in what you say. But I think there are significant reasons, many and varied, as to why so many folks don't bridge the gap between the pattern and language...it's really a small number that go on to develop their musical language.


I have never practiced patterns and tried to fit them in. And I don't really see what you posted in your examples as patterns but simply tiny parts of lines. I think of patterns as more complicated sequences of notes that follow the same routine down or up in parallel motion. Or something like arpeggiated triads that go in a specific sequence up or down but follow the same intervallic leaps exactly. I think there are musicians that are wired to practice these harmonic systems and fit them in note for note over parts of tunes on command. I've never been wired like that though. That doesn't mean I don't play patterns but with me they just happen in the spur of the moment. If I tried to practice them they would probably screw up at some point and sound too deliberate. So I think this is a different strokes for different folks kind of question.

George - I also wanted to say that I really liked the whole analogy to language you laid out. I always new that is had these comparisons but I never thought it out to that extent. But it really works.

Gotta agree with LeDonne....Different strokes.....There are so many different learning styles. whatever works is the way to go. and somehow we all learned to speak English (or whatever our mother tongue is) by hearing it and struggling to imitate the sounds of it-in tiny bits at first, one sound at a time, with direction and encouragement. eventually, with continuous exposure (immersion) and practice, we assimilated vocabulary, syntax, timing! context, nuance of expression, non-literal expressions. by learning "in sound" we are then able to express our selves "in sound" and interact with others in that world of sound.

This whole topic of licks reminds me of an experience I had teaching. I was doing a week-long residency at a school and the level was pretty mixed--some good players but a lot of beginning students (and some who weren't very serious) missing some fundamental harmonic knowledge. It seemed to me that they were being drilled pretty well on Harmony so I decided to take a different tack and we did a lot of different sessions on improvising without chord changes. It was a fun week and the students were pretty energized by it, which was my goal. On the last day, they double-booked my clinic time with Dr. Billy Taylor (another guest teacher) so we were both teaching the same class. Billy turned to me and said, 'well, you've been working with them, what can they do?' I didn't really want to start with the free stuff, so I said, I thought they could handle a blues. They played and sounded pretty terrible. Billy was unimpressed and let them have it. He was a little rough on them, but he made a great point. He said (paraphrasing) that they were playing the blues but they didn't know the melodies that had been played on the blues in the past. They had no sense that there was a history of melodies that were attached to the blues and if you didn't know these melodies, you couldn't play the blues well. The words "Jazz Vocabulary" get used so often but I like this the way Dr. Taylor put it: an amassed history of the melodies that have been played on the blues, or over chord changes. Within that definition, "licks" with the negative associations that many people have with that word, are just phrases that we've heard over these tunes.

I've never practiced licks much either. I do encourage students to play chord changes slowly alternating between singing and playing or playing up and down half-steps or to learn solos and analyze them so they can understand in harmonic terms (scale degrees, approach note patterns etc.) what great players do over changes.

Before asking about patterns students should ask themselves: Can I make up (on the spot or somehow composed) a MELODY? A real, beautiful, meaningful melody? - When I read about such approaches like the one discussed here I always think: How can the things people like King Oliver, Lee Konitz, Hal Galper, Keith Jarrett or many others rightfully said be so forgotten again and again? I don't learn a language by collecting words in memory and hoping to be able to connect them eventually to something halfway meaningful; I learn a language by wanting to express something specific and looking for ways to bring it out! This dreaded pattern-based approach to improvising is mostly only used as a trick to make students sound AS IF they were able to handle the material fluently. (But in reality they have underdeveloped ears and harmonic sense and play mechanically.) The musicians I really like to listen to (whether famous or not-so-famous) all didn't learn via patterns or practicing modal scales the whole day! That's no coincidence! We as teachers mustn't fall into the trap of "methods" that seemingly make our students sound more advanced than they are - we have to teach them the real thing.