Back in the 90's, I was touring Europe with a vocalist; it was part of what they called the "Rising Star" tour. Normally, this tour went to Germany, Switzerland, and Austria(which is why we called it the "Schnitzel Circuit.") Occasionally it might begin in Denmark. But on this particular tour, we went to Italy-the island of Sicily to be exact. And so our first gig was in a town called Messina. The Germanic portion of the tour, while mostly in small jazz clubs, favored me with well maintained Steinway grand pianos. For some reason, I was curious to see whether the same standard would exist in Sicily. So when we arrived at our hotel, I made arrangements to go to the club early so that I could check out the piano.

When I arrived at the venue, there was a man sitting at the piano, and he was in the process of tuning it. At first, I was relieved, because I believed that only someone very qualified would be allowed to tune the piano for a performance. I've personally never tuned a piano, and I kind of regret not learning how to do it, because I imagine it would be a useful skill(especially in this situation-you'll see why in the next paragraph). As pianists, we depend on others to tune our instrument. It's kind of elitist, no? Can you imagine a bassist who "hired" someone to tune his bass for him?( I think the piano is especially elitist because you have to pay several men to carry the instrument for you. Yes, you have to have "servants" carry your instrument! What pianist can carry his own instrument? None! Can you imagine a trumpeter who hires several people to carry his instrument for him?"Of course I don't carry my own trumpet. I have to HIRE people to do that." What an elitist jerk! That's why I'm going to the gym- my fitness goal is to be able to LIFT a piano and carry it to the gig myself. It's a strange paradox; people who play the piano are usually people who look the LEAST likely to be able to LIFT a piano...)

So this man was "tuning" the piano, except the more I observed him, the more I realized that he had NO idea how to tune a piano. He was turning the pegs up and down the instrument with reckless abandon, and it seemed to be making it worse as he went along. I stood with my jaw dropped and my ears in shock. This went on for about twenty minutes, and finally, the man had "finished" tuning the piano; by that, I mean he had fiddled with the tuning pegs from bottom to top, having accomplished nothing except creating a Poorly Tempered Clavier. I was horrified.

And then, this man decided to test out his Frankenstein Monster of Intonation by sitting down happily and playing a song. This song probably would have sounded like conventional western music if played on a "tuned" piano. Instead, it sounded like a John Cage Sonata for Prepared Piano. Or should I say Unintentionally Prepared Piano? Anyway, triads sounded like complex polychords. Octaves sounded like flat 9ths or major 7ths. This guy on the piano was like the 4th Shagg.(As in the group of questionable intonation The Shaggs. That's a very inside joke; if you need me to explain it, I will....)

I had to intervene, although I really didn't know what to say. And the piano was so out of tune, it was beyond hope. I approached the man, and tried to summon some Italian. "Scusi, signore", I sputtered. "Piano.......e........desafinado......" (Desafinado is Spanish or Portugese for "out of tune." Spanish and Italian are quite similar, so I thought maybe he might understand.) 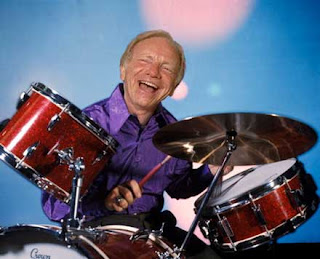