Every jazz musician has their influences. Many musicians talk fondly of their favorite recorded music. However, if you go back to earlier generations, you find that musicians talk more about the players that they heard live and the players that they knew, or even studied with. Jazz started as more of a folk tradition, with information being handed down to the next generation, and each generation adding to the tradition. I believe that has changed somewhat, due to the lack of local venues, and our increasingly isolated society. After all, it is a great thing to take from recorded music; it's actually essential. But what about hearing people live? Don't you think music has more of an impact when you can actually see the musicians and feel the vibrations?


I feel lucky that I was in Baltimore when there were still a lot of gigs going on, although many of the
piano gigs were in hotels or restaurants. I missed the era of The Closet, a great jazz club that closed not long after I arrived at Peabody Conservatory (I did see one performance of Gary Bartz and his quartet before they went out of business, but the Closet used to be the spot where New York musicians would come down and play with the top local rhythm sections). But I did spend a lot of time at the New Haven Lounge, which had New York players and top local players every weekend. I also used to go to the One Step Down and Blues Alley and Twins in Washington D.C., which had even more name acts. Baltimore and Washington D.C. are so close that, at least in the 90's, it was considered the same "market" and musicians would frequently drive back and forth between both cities.


One of the pianists who was a huge influence on me was Tim Murphy. I first heard Murphy at the Hyatt Regency in downtown Baltimore in 1987. My friend and fellow Peabody classmate, trumpeter Alex Norris, took me down there to hear the house trio, which featured vocalist Shelia Ford, pianist Armen Boyajin, bassist Larry Kinling, and drummer Jim Hannah. But Boyajin was not playing piano this time, he was playing violin, and Tim Murphy was playing piano. I remember hearing Murphy play some harmonies that sounded like Hindemith on absinthe! And I wasn't yet serious about the piano as my main instrument, but the more I listened to Murphy that night, the more I had the inclination that "I want to do what HE is doing...."

It turned out that Tim Murphy is actually very studied in the jazz tradition: he can show you two
handed Oscar Peterson blues licks for days, and he's transcribed a lot of Herbie Hancock and McCoy Tyner. But he also happens to be a virtuoso classical organist, and he has performed many works for pipe organ by Oliver Messian. Messian had his own system of harmony based on "modes of limited transposition", which includes what you might know as the diminished scale. Murphy urged me to look at Messian's book entitled The Technique Of My Musical Language, which I did, although it was kind of advanced for me at the time, in retrospect.

Murphy and I ended up playing together in the Baltimore-based Latin Jazz band called Rumba Club; I was playing timbales in the band, if you can believe that! But I used that vantage point to check out what Murphy was playing, and any time he played a chord I wanted to steal, I would yell from the timbales, "What was that chord?" and Murphy would shout back,"I'll tell you later!" And eventually, Murphy couldn't make a lot of the Rumba Club gigs, so I ended up subbing for him, and trying to basically sound exactly like him, which of course I couldn't. 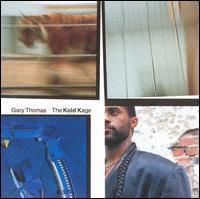 You might know Murphy's playing if you are a Gary Thomas fan; Murphy is on many of Thomas' recordings, including Code Violations, By Any Means Neccessary, 'Til We Have Faces, Exile's Gate, and The Kold Kage. Unfortunately, Murphy has not to my knowledge recorded as a leader, and at this writing he is still in Maryland,  teaching in the Peabody Jazz Program and also at Towson University. I think Murphy is one of the most unique players that remains in obscurity. Murphy never had the desire to move to New York and join the Jazz Rat Race, which is unfortunate, because I think he is deserving of wider recognition.

Another big influence on my decision to switch to jazz piano is another Baltimore native named Bob Butta. The only time I ever went to The Closet, Butta was in the rhythm section backing Gary Bartz (with Geoff Harper on bass and Steve Williams on drums). I remember thinking at the time that that was first time I ever heard a band that sounded close to what the John Coltrane Quartet must have sounded like live; they played with so much intensity, and they really stretched out. Butta is a forceful accompanist, channeling the likes of Wynton Kelly, McCoy Tyner, and Horace Silver all at once. And Butta has the "right hand of doom"; he took the Tyner pentatonic idea and put his own stamp on it.

I probably saw Butta play more than anybody in Baltimore. I followed Butta around so much that he
started joking that "Yeah, he's my son!" I tried to absorb his techniques. Butta really knows the history; in his playing you'll hear Red Garland, Bill Evans, Cedar Walton, and Theolonious Monk. Butta is a real " jazz pianist's jazz pianist". It's unfortunate that he, like Murphy, never moved to New York. Although, there is a legendary story about Butta being in New York at the Star Cafe jam session in the 80's and while he was playing, bassist Lonnie Plaxico ran in and said in Butta's ear, "Art Blakey needs a piano player, we are driving to Canada tonight!" And Butta replied, "Can I finish playing this tune first?" And then when the tune was over, Plaxico was gone, and Blakey had driven off. (At least that's how I recall Butta telling me the story, I would accept some corroboration....") 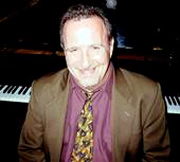