Janek Gwizdala:The Space In Between


I recently did a gig with the Randy Brecker Sextet. The concert was in, of all places, a high school in  Wyoming! It was my second gig with Randy's group;the last gig was in August of 2009. I was a little rusty, but I tried to prepare as well as possible, which included making sure I had my sounds cued up on Mainstage (a computer program that basically runs synthesizer sounds using a MIDI keyboard for live performance). I was excited to play with legendary trumpeter Brecker . However, the other cats in the band were no slouches:Ada Rovatti on tenor saxophone, Mitch Stein on guitar, Rodney Holmes on drums (who performed brilliantly on two of my recordings; Mad Science and Realization. We played together for years with David Gilmore and other various projects. He's one of the baddest drummers out there.). I was also looking forward to playing with Janek Gwizdala, a London-born electric bassist who is an up-and-coming virtuoso musician, composer, and producer. 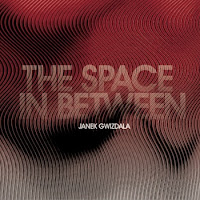 Gwizdala's latest recording is called The Space In Between; the title, judging from first listen, is quite apropos. Gwizdala's previous work as a bandleader was either more funky, jam bandish stuff, or very heady compositional New York modern jazz. This new CD is as wide open as the Wyoming sky. It's all about sound-scapes and unhurried themes. "To Begin", the opening track, starts with the ethereal trumpet of Audun Waage and Gwizdala playing low and  sparsely, perfect for a film noire soundtrack. Gwizdala solos might make you think of Pat Metheny if he was a bass player. He's got a lot of chops and a lot of flowing, lyrical ideas. Guitarist Tim Miller creates expansive textures and spare, thoughtful contrast to Gwizdala's intensity. Saxophonist Bob Reynolds has a pretty tone and takes a nice solo on the way out.

I would describe the track" Bethany" as driving music! Miller strums away, while Gwizdala plays a soaring melody in tenor register. The track eventually moves into a jazzier mode, with drummer JoJo
Mayer turning up the heat. His playing here is reminiscent of Jack Dejohnette, but with a bit more fire.

"Twice" is a slow, postmodern bluesy tune featuring guest vocalist Doug Wamble. Musically, it's in chillout mode, but Wamble's singing is very soulful. The title tune," The Space In Between" has a melody which reminds me a little of saxophonist Billy Harper's music, in that it's a compact, intense melody that repeats with urgency.

Airto is another guest on "Carrot Juice." The master percussionist does some great atmospheric sounds and vocals while Gwizdala improvises. Gwizdala and crew finally turn on the funk with "Four Brothers": guest Mike Stern, whom Gwizdala has worked with frequently, provides some energetic guitar screaming. Trumpeter Waage goes into a Miles Davis/Bitches Brew vibe, but perhaps more leaning towards a Tomasz Stanko/ Cuong Vu type of restraint. It's like if Chet Baker used effects pedals! A great way to end a CD which has a little something for all types of jazz listeners.