East Coast Love Affair: My Trip To The Blue States 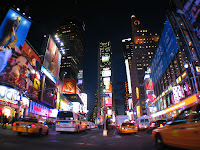 It was good to be back in New York for a spell. As we rode away from La Guardia Airport in Queens, I took in the familiar sights, sounds and smells. Well, I wouldn't say the Tri-State area smells good, but it does have a plethora of distinct odors. Nevertheless, New York City still has it's charms, and having lived there for almost 15 years, it's nice to come back as a visitor from Canada. New York is still especially great for jazz, even if the scene is not as lucrative as it used to be for musicians. It's still inspiring to be around a multitude of world class players and fervent jazz fans.

My first musical stop was not The Big Apple, but Washington D.C., our recently reddened Nation's Capital, which is about a 4 or 5 hour drive from Manhattan. I had a weekend engagement with my trio at The Bohemian Caverns, a wonderful spot on D.C.'s recently revitalized U Street. (When I lived on Quebec Street in Northwest D.C. back in 1994, U Street was not a hip place to be. Now, it's almost like Greenwich Village in New York:  Hip Restaurants, Clubs, and Yuppies of all types out on the town.)

Bohemian Caverns is run by a young entrepreneur from Boston named Omrao Brown. He recently brought in a new Yamaha grand piano, which was really a pleasure to play. The look of the club is almost like a cave, but the overall vibe of the club is very comfortable. And the stage sound is quite good. In my opinion, it is THE club to beat in Washington D.C. We had a good turnout both Friday and Saturday nights; oddly enough, the Saturday night was kind of a mini-high school reunion for me. I was amused by the fact that many of my friends from the 80's didn't even know that I played piano. "Where's the trumpet?" was a frequent question from my former classmates.

Despite feeling a little rusty, the gig was fun. I've been playing with Josh Ginsburg on bass and E.J. Strickland on drums for a few years. We hadn't worked together in some months, but it all fell musically back into place. Also, we had two surprise guest vocalists; D.C.'s own Heidi Martin joined us for a few tunes on Friday night, and Saturday night we had Alison Crockett give us a rousing rendition of "Stella By Starlight". I remember thinking during the performance, "If only Victor Young could have heard what we did to his song!"

Back in New York, my wife and I stumbled onto a wonderful vocalist named Maria Neckam at Small's on a Tuesday night. Neckam, born in Austria,  has a very unique style of singing; it kind of reminded me of Bjork mixed with Astrud Gilberto mixed with Inara George(the singer with a band called The Bird And The Bee ). She performed all of her own music (except for two Charles Ives compositions).Her music has jazz elements, but also has a Third Stream quality to it, making it not so easy to classify (which I think is a good thing). I got an interview with her after the show, which will be in an upcoming blog entry.

I stayed for a while after to see an old friend of mine named Dave Stoler perform with a trio consisting of John Weber on bass and Adam Nussbaum on drums. They did a wonderful version of "Only Trust Your Heart", which is one of my favorite tunes. Dave Stoler has been based in Madison for many years; we met at a jazz piano competition in Indianapolis in 1992. He's a very thoughtful, studied musician. I'd like to get a conversation with him at some point.

Next on the bill was my trio at Small's the following night. The turnout was pretty good, and the performing was fun. I finally got up the nerve to pull out the melodica on a few ballads. While I'm suspicious as to whether my band will tolerate more than one song a set on the melodica, I enjoyed playing it so much on the ballads; it has a sustain that is just impossible on the piano... It kind of makes me feel like a horn player, without the agonizing pain and suffering of the trumpet! I think the audience enjoyed it...


The next morning, I had to rise early to meet veteran bassist Cameron Brown in Tarrytown, N.Y., in order to catch a ride to Boston. We had a one-nighter at Sculler's with Baritone Saxophonist Ronnie Cuber. Cuber is a legend on the Bari Sax; he was THE studio cat in the 70's and 80's. I was rather pleasantly surprised to get the call from his manager for this gig.. I had only performed with Ronnie within the confines of the Mingus Big Band. It was a true inspiration to hear Ronnie stretch out on some Coltrane tunes, such as "Spiral" and "Miles' Mode". Rounding out the ensemble was the great Joe Farnsworth on drums. Farnsworth's drumming at times reminded me of Louis Hayes and Art Blakey with some Elvin Jones thrown in for good measure. It was a pretty energetic set, with a good crowd response. 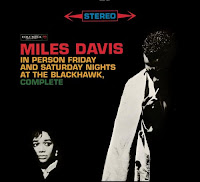 I drove back the next morning with Cameron Brown and, in the car, we listened to a good portion of a box set edition of Miles Davis' Live At The Blackhawk. Brown told me that he was fortunate enough to have seen the same band when he was a kid in Detroit. " Miles, Hank Mobley, Jimmy Cobb, Paul Chambers, and Wynton Kelly...I used to stand behind Wynton and light his cigarettes for him..." Brown reminisced. I had heard some of this recording before, but this version is four sets of music with no edits. This album reminded me of something my friend Jed Levy had said once:"When you hear jazz musicians in the studio, oftentimes it's just the tip of the iceberg of what they can really play." Live At The Blackhawk is a great example of that notion, because the solos go long and are so inventive it's scary. I think they get into some things that just wouldn't end up happening if they were limited by the constraints of the studio.The swing on the CD is amazing; when Miles solos, you get the feeling that he doesn't want to stop, propelled by the unwavering intensity of Jimmy Cobb's ride cymbal beat and Paul Chamber's insistent quarter note pulse. I'm planning on downloading the album soon so I have have another closer listen.


I have two gigs to go: an engagement with my trio at a house concert series in Baltimore called Jazzway 6004. http://www.jazzway6004.org/home.html (Tickets are still available if you are in the area.) And we're finishing up the east coast tour with a trio performance at Fat Cat in NYC on Monday night. Soon I'll be back in Osborne Village in Winnipeg, wondering if it was all a dream... 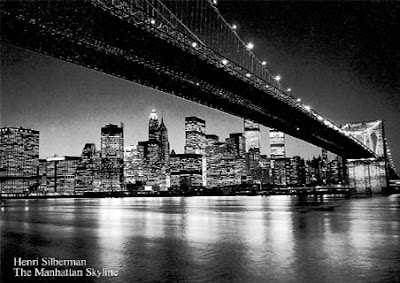