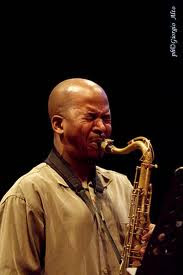 GT: I think it's a real blessing that my parents, who had to drink at separate drinking fountains from white people, who had to sit at the back of the bus, who had to cross the street if a white person was walking down the street-I'm glad that they lived to see that, that they deserved to see that. Also, I'm glad that kids now have a role model in the White House, someone who is not advocating destructive lifestyles, who is a family man, who started in difficult circumstances, worked his way up to become the first African-American President of the United States. That's really phenomenal.