When it comes to self-promotion, I'm probably the worst of all time. When I booked my Senior Recital at Peabody Conservatory, I didn't even put posters up in the halls; the only people who attended were my parents and some vagrants who wandered into the concert hall looking for free soup. ( I think the vagrants really liked the Hummel Trumpet Concerto, but they did not care for the heavy dissonance of the Hindemith Sonata.) I'm a pretty shy guy, although I've developed more confidence over the years; nevertheless, whenever I think about promoting myself as a musician, I always feel like I'm bragging. "Come down to the jazz club, see and hear how great I am and observe how others think I'm great, also..." Whereas some artists are natural born self promoters, and that gift has lead to their success, I've always put promotion low on my list of priorities. I'd rather practice than send out emails; I'd rather compose 10 new songs that no one will ever hear than book gigs and promote myself so that those 10 songs might actually be heard by an audience! (I hope they never ask me to teach a Business Of Music Class. " OK Class: Music Business. First lesson: FIND ANOTHER BUSINESS! See you next

I'm trying to come up with ways to promote my UPCOMING PERFORMANCE AT JIMMY MAK'S MONDAY DECEMBER 7th AT 8PM CD RELEASE. I've contacted local press, done some radio interviews, bought a Facebook ad (Lord knows who is seeing these ads) and put up posters( well, a grad student put up the posters.....) But I think maybe I need to do more. I'm sort of brainstorming on how to generate some last minute interest .  Some of my ideas include:

1. Buying a Megaphone and driving around Portland saying " HEY COME TO JIMMY MAK's ON MONDAY DECEMBER 7th AND SEE ME PLAY JAZZ MUSIC!" ( Hmm, maybe leave out the fact that it's jazz. Maybe if I say "COME SEE ME PLAY INDIE ROCK" and then maybe they just won't notice...)

2.  Coordinate my gig with Hanukkah celebrations( The 7th is the first day of this popular Jewish holiday. I could have a Menorah on the piano? Free dreidel when you buy a CD? Oy gevalt...)

3. Coordinate my gig with the anniversary of the bombing of Pearl Harbor. ( I wish I was joking, but most of my students did not know what happened on December 7th, 1941. I think some said, " stock market crash?" Oregon, are you teaching these kids ANY history? I guess December 7th is not currently living in infamy.)

4.  Coordinate my gig with basketball Hall Of Famer Larry Bird's birthday. That might not be a slam dunk- pun intended. 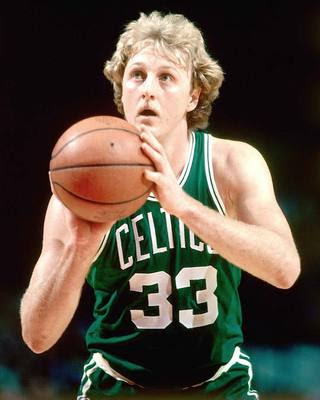 5. Tell all of my students that in order to pass their juries, it is a REQUIREMENT that they have to attend my concert ON DECEMBER 7TH AT JIMMY MAKS 8PM. If they ask why they didn't know about this requirement earlier in the term, I'll just yell condescendingly,  " IT'S IN THE SYLLABUS!" And then hope that they don't read the syllabus.

6. Maybe I can become a famous Hollywood actor by next week, and then use my fame to promote my gig! I don't know, that's been done, I think.....

7. Promote the show by touting " special guests": jazz stars like Chick Corea, Herbie Hancock, Keith Jarrett, and McCoy Tyner. Then, when Chick , Herbie, Keith and McCoy aren't there and people complain, just say something like, "Oh, their flight was delayed," or " they locked themselves out of their car," or " their babysitter never showed up." This actually just might work.

9. Bill the concert as " A Tribute To Spiro Agnew." Let me ponder that one...

10. Call Fred Armisen and Carrie Brownstein and tell them to mention my gig on the next Epidsode of "Portlandia." Hopefully it airs before next Monday.....Does anyone have their phone number?(Armisen is a drummer, maybe he will come down and sit in...)


At the very least I can post the fact that I'M PLAYING AT JIMMY MAK'S ON DECEMBER 7th AT 8 FOR MY CD RELEASE FOR "WRITE THEM DOWN" as much as annoyingly possible on Facebook. But, as all good advertising people know,  I need a good SLOGAN for my gig. What should it be?

I think some of these are stronger than others. I'll tinker with these and let you know which one works the best. Maybe I should have been in advertising.......