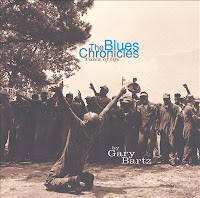 When I played with Gary Bartz in the late 90's, he had a song called "Hustler's Holler." We would use it as an interlude/set break for our live gigs, and it appears as an interlude on the album called "Blues Chronicles:Tales Of Life"(which was Bartz' final recording for the Atlantic label). I've always enjoyed hearing the word "Hustle" when it comes to jazz musicians: when cats talk about "The Hustle" in jazz, they are definitely not talking about the dance step or the associated song from the 70's! When older jazz musicians say, "you need to HUSTLE," this means that you need to get out there and get work, meet other musicians, find out about gigs, make the scene. It's really about the business aspect of being a jazz musician in all forms, whether it is going to jam sessions, or going to gigs and giving people your card, to trying to write commercial music and so forth.

It's intriguing that the definition for "hustler" I found was as follows:

informal
noun: hustler; plural noun: hustlers
1.
an aggressively enterprising person; a go-getter.
a prostitute.
ummmmm, OK. I hate to get into the whole prostitute analogy, especially since the prostitutes of the high class escort/ courtesean/ lady of the evening variey oftentimes make a lot more money than jazz musicians(please don't be offended by my attempts at levity.)......., however the "prostitute" mentality is more widespread in jazz than we acknowledge. If you are a freelance musician with a family to support, you aren't in a position to turn down gigs because you don't like the musicians or the music or the venue, etc... You need to make the money, period. This plays to the advantage of many in the industry: your price is influenced by the fact that you "need" the money, therefore, you'll do things for "less" than you are worth, because those controlling the money KNOW that you need the money and 1. there are only but so many gigs out here and 2. they can always get someone else to do it for less.
The jazz hustler also comes from the street hustler in the sense of how African Americans in days of then, and now, work outside the system to survive. I found it fascinating to read "The Autobiography of Malcom X" and learn about his days before becoming the iconic civil rights activist:

There I was back in Harlem's streets among all the rest of the hustlers. I couldn't sell reefers; the dope squad detectives were too familiar with me. I was a true hustler -- uneducated, unskilled at anything honorable, and I considered myself nervy and cunning enough to live by my wits, exploiting any prey that presented itself. I would risk just about anything.

Right now, in every big city ghetto, tens of thousands of yesterday's and today's school dropouts are keeping body and soul together by some form of hustling in the same way I did. And they inevitably move into more and more, worse and worse, illegality and immorality. Full-time hustlers never can relax to appraise what they are doing and where they are bound. As is the case in any jungle, the hustler's every waking hour is lived with both the practical and the subconscious knowledge that if he ever relaxes, if he ever slows down, the other hungry, restless foxes, ferrets, wolves, and vultures out there with him won't hesitate to make him their prey.
Real working jazz musicians lived and still live outside the system in many ways: they get paid more often than not in cash, they don't apply for a job, there's no contracts, they never know whether they are really "in" a band or not. It's a life not designed for the faint of heart. Although I have a Master's Degree in Jazz, I have never "applied" for any of the sideman gigs I've had, and I never showed anyone my diploma. People ask, "How do you get these gigs?" I don't know; I just "hustled" at first by going to jam sessions, making the scene, getting a reputation (or "street cred") as a musician. Then, word spread through the grapevine. ( This was before I could post videos on Facebook. It's interesting that although now with all of this magical connection through social media, I can't say that I've gotten more gigs because of it.) It's extremely intangible compared to the typical "get a MBA, work on tightening your resume and then you apply for jobs."

Up until recently, the hustle for jazz musicians has been for gigs. In the new millennium, the new hustle is for teaching gigs. Whether it be private students(in person, or via skype), adjunct positions, tenure track professorships, administrative work, writing educational books or making educational podcasts or videos, Jazz Education is taking the place of Jazz Gigs. While some would show evidence that this has been happening gradually for decades, my personal observations make me think that it's really snowballed within the last 15 years. As the gigs have dried up, as the music business has changed, as the economy has contracted, musicians have been facing the music and looking for other opportunities. Even in the 90's, a lot of musicians wouldn't be caught dead taking a teaching job. Now, those same musicians are regretting that they never pursued their P.H.D., or their Master's, or even Bachelor's degree.

My own story has been circuitous; I pursued a Music Education degree in addition to Classical Trumpet. Surprisingly, I ended up as a professional jazz pianist from 1991 to now. Nevertheless, the desire to have more security led me to searching for tenure track University teaching work. It took me many tries to actually win a job( at University of Manitoba) after almost a decade. My position at Portland State University was a  lucky break; apparently, there were 100 applicants who also desired to live in Portland and teach jazz. I don't take my job lightly at all. Some say that a tenure track position for a jazz musician is like winning the lottery! Some say a tenure track position for a jazz musician today is like getting signed to a record label was in the 90's.( I think it's actually a lot better, although it might not be as exciting in the short term.)

I have a lot of respect for academia, and I think that jazz is enough of an intellectual pursuit that it warrants study within higher education. However, I think that this huge shift towards education rather than actual live gigs is really dangerous and depressing. We don't want jazz music to become like, uh, let's say classical saxophone (which is something which even classical saxophonists would have to acknowledge has very few real opportunities outside of teaching). Jazz is meant to be played, and heard, and experienced as a living art form.

All of this is to propose that we must find a way for the new hustle to be the new "scene." By that, I mean the institutions which now give jazz a home have to do more than just turn out tens and hundreds and thousands of jazz students who will either quit in a few years, or at best become teachers, repeating the cycle until the eventual endgame(lord only knows what that is!). Academia must do more; academia must create opportunities for jazz music to exist. Academia must put on shows, masterclasses, concerts, jam sessions, and forge relationships with the community, whether it's a small town or a large city.

It's really baffling to me that Berklee College of Music, one of the first and most renowned jazz and commercial music schools in the world, is in Boston, which according to many has a pretty limited jazz scene. It was better years ago, but you can say that about every city in the United States. Where do the students play? Where are the opportunities? What do these kids do after they graduate? I realize that many students have gone on to teach at Berklee, but I think there's got to be more than that.

With all of the colleges and universities across the nation and the world which have jazz programs, why could there not be a circuit which jazz musicians of various levels of fame could easily book a tour? There used to be a circuit of clubs and venues all over the country; now in the U.S., it's hard to put together more than one gig, or maybe a weekend at the most. When you consider all the jazz schools in North America, and if you agree that schools should be more active in creating opportunities for music to happen, then you would think that musicians would be touring constantly from coast to coast, showing up in Anytown, U.S.A., for a clinic in the afternoon and a concert at night.

I suppose this might be a lofty goal. I would love to hear what you think in terms of how to create a movement of this nature. I realize that it might be an impossible feat. However, I believe that if we continue down the path of Jazz in an academic vacuum, without a link to building a community and keeping the music alive outside of the classroom, then we might all find ourselves looking for another new "hustle"- in order to preserve, as Buster Williams likes to say, "the rise and fall of the fork....."