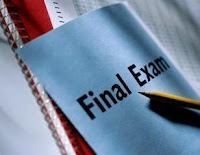 I'm sitting here writing as my spring term jazz history class takes their final exam. This was a class for mostly music majors, so it's supposed to be more in depth than the class of 180 which I taught in the winter term. It's still a pretty tall order to teach jazz history in 10 weeks. Almost impossible. Although I suppose if you just watched the Ken Burns video the entire time(10 episodes= 1 episode a week), that would be one way to do it. Still, I'm hoping that the majors know the modern stuff already, so it's not as crucial to cover it.


One of my students just put down his paper. I asked him how he felt about it; he replied, " It was easy!" Hmmm, how can I make it more challenging next time. I wonder.........

1-10. Drop the Needle. For the first 10 audio examples, write the name and artist of the selection that is played. Also, write the album from which the selection is from. Also, write the entire personnel of the entire album. Also, write the names of all the other selections on the album, including any alternate takes from versions released later in time. Also, put the year which the album was recorded, the year the album was released, and dates of any further reissues. Write the name of the record label and the catalog numbers for the original and the reissues. Write the name of the producer, the engineer, and at what studio was it recorded. Say whether it was recorded analog or digital. Write the chord changes of the tune, and write the melody and solos. Analyze the solos in terms of form, motivic developement, harmonic relevance, and numeric analysis of each note in relation to the chords. Write out the melody and chords in all twelve keys. Give a brief biography of each performer on the recording, and analysis of their improvisational and compositional style in relation to all of jazz history.(Use the back of the paper if more space is necessary.) 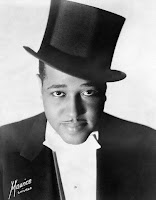 11. If Duke Ellington and Benny Goodman had an arm wrestling match, who would win, and why? What other swing era greats would you like to see arm wrestle?

13. Discuss the recording ban of 1942-44. Can you list the "artists" of today which I bitterly mentioned in class that should be banned from today's music? (Use other side of the page if you need more space.) 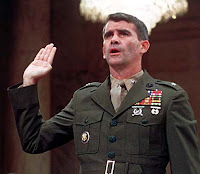 16. Why was Dizzy Gillespie so great, despite the fact that he had ridiculous looking puffed out cheeks and a trumpet that was probably bent when he dropped it on the floor and never could afford to fix it?

17. Besides John Tesh, Yanni, and Elton John, who were some of the greats of stride piano? How many of them actually died during their fierce "cutting contests?"

18. Name 5 banjo players of the fusion era and why they were important in the development of "jazz rock".