Miguel Zenon at The Mission Theater

Miguel Zenon is one of the greatest jazz musicians playing today. He's a monster alto saxophonist, and appears to have no weakness in technique, tone, or creativity. He's also a monster composer and arranger, and truly has his own voice. Although not quite a household name, he's gaining recognition slowly and steadily as a bandleader, and has been able to work steadily enough to have the same band for many years. He recently received a MacArthur Genius Grant; hopefully he can use that press to increase his fame. In short, Zenon is the future of the music, and the future is now. 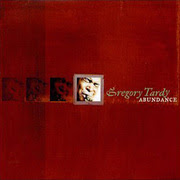 I have been fortunate to share the stage with Zenon on a handful of occasions. The first was actually a recording, a project led by Greg Tardy(Abundance, on the Palmetto label). I believe the first solo on the CD is Zenon's and it's smoking. I remember thinking that it was awfully big of Tardy to let someone potentially upstage him on the first song of the CD!I believe we played with the Mingus Band a few times after that. I subbed for Zenon's pianist Luis Perdomo on one concert back in 2007. It was one of the more challenging musical experiences of my life, and I've played a lot of hard music in my day! I was asked to sub another time, but the gig got cancelled at the last minute. Still, even one chance to play Zenon's music was a treat and an honor.

Last night, I went to hear Zenon and crew at The Mission Theater in Portland. The concert was sponsored by PDX Jazz, directed by Don Lucoff. I think it's great that Lucoff is programming some adventurous bands(last month was Cuong Vu's Burn Unit, and next month....wait, it's my band! More on that later). The turnout was more than respectable; I couldn't help but think that there should have been more PSU students at the concert. Maybe the word isn't getting out to the students. Hopefully we can change that, because Zenon is exactly who the students should be hearing.

Zenon's music is jazz, for sure, but there are key elements that give it a distinctive character. One is his pieces have a lot of rhythm and a lot of melody and a lot of harmony. However, there is always a perfect flow of energy from beginning to end of each piece, and from beginning to end of an entire set of music. His sets feel like one long symphonic suite, and within each piece, there is a grand development of ideas. Tonight's concert featured music from Zenon's latest CD, Alma Adentro: The Puerto Rican Songbook. (Zenon, a New York City resident, is originally from Puerto Rico.) While the melodies were very diatonic, with a simple folk song quality, the presentation was quite complicated, but with purpose. The first tune of the night, which I believe is the title track of the CD, the band began with a moody rubato in G minor, perhaps nodding to Coltrane's A Love Supreme. But the melody was very simple yet passionate. Eventually, free time gave way to a 10 beat groove with a descending bass line which  gave pianist Luis Perdomo a chance to shine as a soloist. Perdomo has great facility, but also resists showboating, and shows a fair amount of restraint, considering the energy which is around him. Drummer Henry Cole, also from Puerto Rico, is a true virtuoso drummer; he has perfect time, dynamics, and is able to follow the emotional shapes of both a song and an entire set.

The next piece had some 5/8 leanings which metrically modulated into a 4/4 which revealed the simplicity of the melody, and then shifted back to the 5/8. It occurred to me how much excitement Zenon is able to build without playing outside the chord that much. Again, when you have facility like Zenon,  it takes a certain amount of restraint to not play a ton of chromatic lines or ultra harmonic extrapolations. Zenon is able to build using range, dynamics, and rhythm.

Acoustic Bassist Hans Glawischnig, who I have had the pleasure of working with on a number of occasions, play a unaccompanied solo into "Tiemblas" which was intensely impressive. Glawischnig effortlessly plays things on the bass that other bassists could only dream about, and he does it with a facial expression of reading the newspaper! Glawischnig is the heart of this band; he holds down the most complex of rhythmic groupings with total confidence, and can also solo marvelously. His left hand is the  textbook for what a bassists left hand should be able to do. This concert, he used only a microphone, no pickup, but his sound was never lost in the shuffle.

The final soloist was Henry Cole, who took a masterful and energetic drum solo over a groove.(I never figured out the meter; it was one of those things where it was in 7 and then 8 and then 5. I bought the CD so I can study the music more.) Cole always knows where the form is and can easily slip his ideas 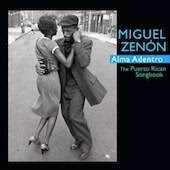 in and around the "one" of the form. This concert left me as satisfied as the perfect meal; I was left having heard all the necessary elements. The music had passion, intellect, and skillful execution; indeed, music like this can't be played with a pick-up band. These guys have put in the hours together. I'm truly inspired. I may not get a chance to play with Zenon in the near future, but I'm incredibly inspired by his new project, and plan on trying to dissect some of his new CD as I drive around the streets of Portland. Check out the video of Zenon talking about the new CD.......