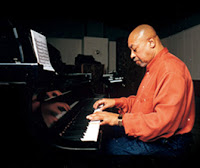 Since last year, I've been writing articles for Keyboard Magazine. Jon Regen, who is a great pianist and also a great singer-songwriter, works for Keyboard Magazine as an editor; he approached me about writing for a segment called, "5 Ways To Play Like...."- insert name of artist. I've written articles in this fashion on  Herbie Hancock, Horace Silver, Kenny Kirkland, McCoy Tyner, and a recent one on Chick Corea. Regen asked me early in July to write another one. He gave me two choices: Kenny Barron or Brad Mehldau. I decided on Barron pretty quickly. I felt that Barron is someone that doesn't get mentioned as much as Mehldau, yet should be more known, especially to the younger crop of pianists. I also wanted to revisit his music myself, having realized that I hadn't sat down and listened to a Kenny Barron recording in quite some time. 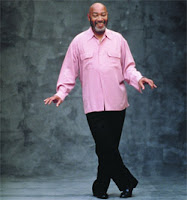 It was tough getting the assignment in by the deadline: two weeks prior, I was up to my eyes in preparing music for some New York sideman gigs. And then the week before the deadline, I had to fly to Portland, Oregon with my wife to look for an apartment. But I managed to steal some time, and on the flight home from Portland, I pieced it together. I was really pleased to sort of re-discover Kenny Barron's piano playing; I hadn't listened to some of these recordings in years, and I also listened to some new(new for me) albums as well. 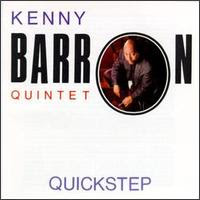 One of the albums I hadn't listened to in a long time is "Quickstep", which came out in the early 90's
on the Germany based Enja label. The album features a quintet of Barron on piano, John Stubblefield on tenor, Eddie Henderson on trumpet, David Williams on bass, and Victor Lewis on drums. This is a real "New York" kind of group, a band you might hear at the now defunct Sweet Basil's. It's a very mature set of performances in that Barron is the leader, but he makes no attempts to outshine anyone; he's a team player to the end, comping steadily and taking great solos in turn. I'm pretty sure that this was recorded at Rudy Van Gelder's famous studio. The piano has that magical sparkle in the mix that I hear from Rudy Van Gelder recordings(the more recent ones. The classic ones sparkle in a different way....). 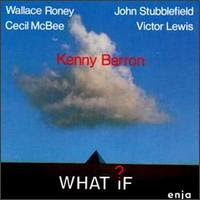 Another CD I had not listened to in a long time is called "What If?", also on the Enja label, from 1986. This CD features Wallace Roney on trumpet, the late great John Stubblefield on Tenor saxophone, Cecil McBee on bass, and Victor Lewis on drums. I especially like the title track, which has a Monkish tinge to it, but a bit more on the modern side. "Phantoms", a mysterious melody and spacey bossa, and "Voyage", a medium up tempo swinger, are practically jazz standards. Wallace Roney adds a very progressive element to the recording, not to imply that anyone else on the record is playing anything stale; Barron plays some very surprising, inventive lines. 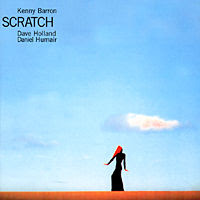 "Scratch", which I think I used to have on vinyl, is a very interesting album, also on the Enja label. on bass is Dave Holland, on drums is the Swiss-born Daniel Humair, considered one of the greats on the European jazz scene. This is probably the most surprising of the three Enja CDs. I think this would be a tough call in a blindfold test, if you didn't know the album already. Barron is on the edge, with compositions and improvisation. Humair and Holland have a great hook up, and are supportive yet encouraging of experimentation. There is a nice mix of moods, from the aggressive " The Third Eye", to the bebop jaunt of "And Then Again", to the mellow, thoughtful ballad of "Song for Abdullah", which is a solo piano interlude. Some of the chords in "Song For Abdullah" are slash chords(meaning a chord in right hand and a bass note in the left hand that might give the right hand triad a completely different sound), although in reality they are first inversion triads. The A sections are roughly Db/F,   Db/Gb,  Eb/G, Gb/Ab, A07, Bb-7, Ebsus7, Eb7#11, Gb/Ab. It almost has a gospel/pop feel to it. And Barron's sound is impeccable. This was recorded at Systems Two in Brooklyn, which also has a distinctive piano sound. The piano is out in the middle of the room, giving it a more wide open sound, whereas (at least when I recorded at Rudy Van Gelder's)the piano is in a booth, which gives it a closer, punchier sound than the Systems Two piano. 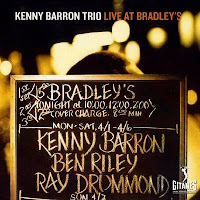 You can download all of these on Itunes. There were two other CDs I downloaded which I would like to investigate further: "Live At Bradley's" and "Canata Brasil". "Live At Bradley's" is reminiscent of the first time I heard Kenny Barron live at this also now defunct legendary New York jazz club. The gigs at Bradley's tended to be very informal, more like jam sessions than presentations of original music and tight bands. Barron blazes elegantly on "Solar", his lines are impeccable and he has endless ideas. I like that he choose the great James Williams tune "Alter Ego", which is practically a standard. The great Ray Drummond is on bass and the great Ben Riley is on drums; this is actually the group I heard in the early 90's. The band sounds as fresh now as it did then. 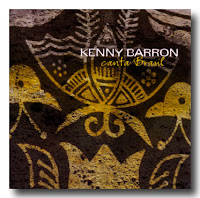 "Canta Brasil" is a great collaboration between Barron and Trio Da Paz, the great Brazilian jazz group, consisting of Romero Lubambo on guitar, Nilson Matta on bass, and Duduka da Fonseca on drums. (Isn't that something? The drummer's NAME sound like a samba rhythm. Say it over and over and people in the room will start dancing, watch.....Duduka da Fonseca, Duduka da Fonseca, Duduka da Fonseca.....). Barron blends right in with the Samba and bossa nova rhythms, and yet maintains his jazz identity. Anne Drummond adds a nice flavor with some flute. Although I would say overall, the production of this recording is more commercial than the CDs I previously mentioned; however, Barron does not hold back on his solos; rather, he  is extremely inventive within the framework. It's very pleasant listening and a nice change of pace after hearing Barron with very jazzy rhythm sections.

If you read Keyboard magazine, keep an eye out for the article on "5 Ways To Play Like Kenny Barron." After listening to so much of him, I wish I could play like him! And I should mention that I was a colleague of Barron's when I taught at Juilliard a few years ago. Barron is super nice, and super humble; I remember that he presented one of his students to the jury panel like so:" Yeah, this kid already has more chops than I do..." If you are already a Kenny Barron fan, then kudos. If not, don't sleep on him! Kenny Barron is one of the jazz piano players that we can look to for inspiration. He paid a lot of dues as a sideman, and is continuing to grow as a bandleader and composer.